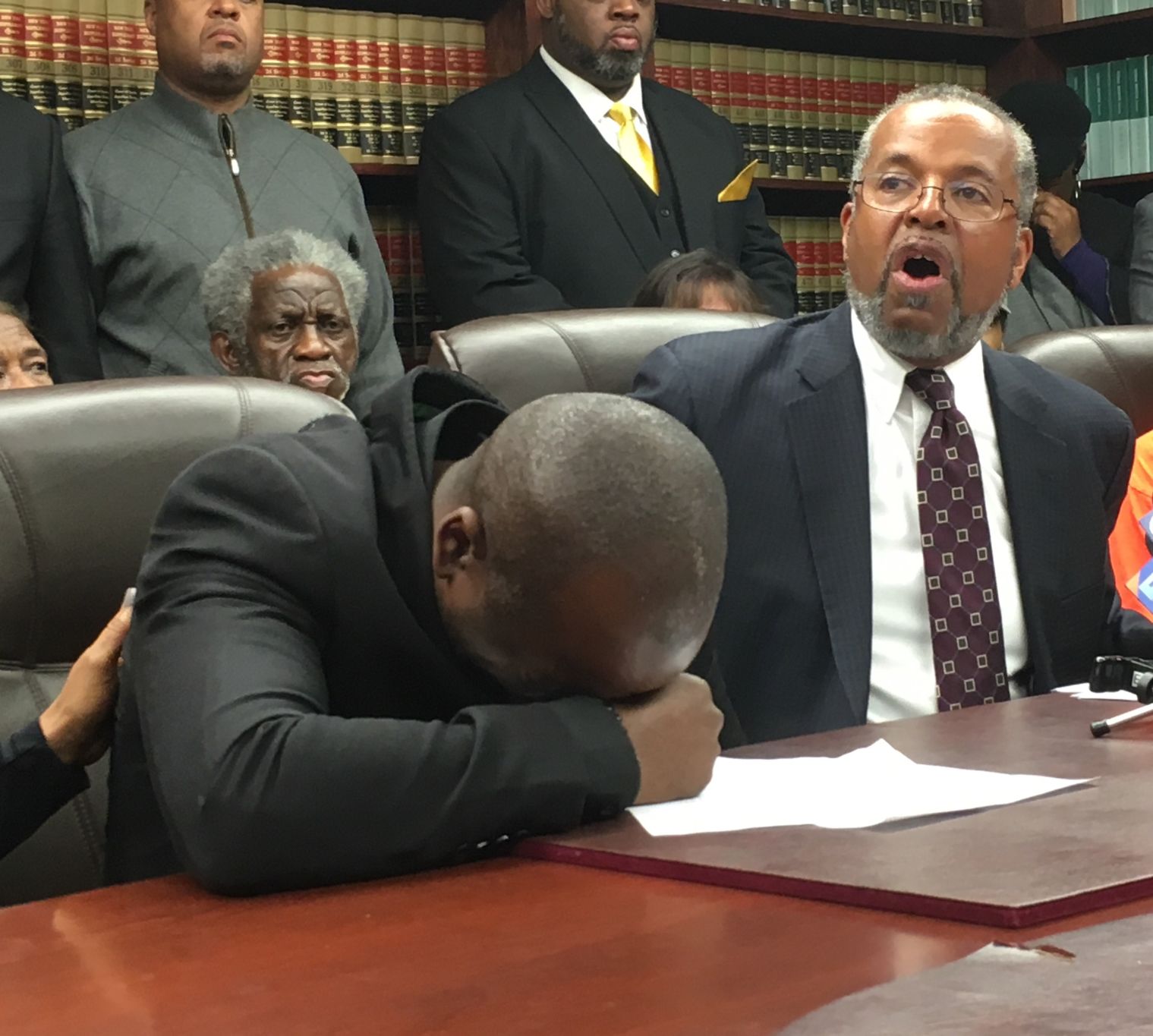 In the federal lawsuit filed June 1, Ronald Lanier is seeking $50 million in compensation for the Nov. 30, 2016 incident in which he says the Garden City officers, George Byrd and John Russell, beat, berated and wrongfully arrested him after mistaking him for a shoplifter.

In his complaint, Lanier accuses the Village of Garden City, the Police Department and four of its officers of violating his civil and constitutional rights at the Western Beef Supermarket in Mineola that night.

“He was also subjected to humiliation, embarrassment, fear, mortification, and horror as he was being ‘perp walked’ in his own community,” the complaint filed by Lanier’s attorney, Frederick K. Brewington, says.

Lanier, who worked as an officer in the Nassau County jail for more than 22 years, and Brewington announced their intent to sue the Garden City Police Department two days after the alleged incident.

Lanier’s complaint contains nine accusations of civil rights violations against the village, Police Department and four cops. He is seeking $5 million in damages for each, plus $5 million in punitive damages and compensation for his legal fees.

The court filing accuses Byrd and Russell of shouting at Lanier, tackling him to the ground and beating him, even after he identified himself as a former law enforcement officer.

Four Garden City cops insulted Lanier while he was handcuffed in the back of a police car, the complaint says. A lieutenant in the police department later admitted to Lanier that the incident “went wrong,” according to the complaint.

The officers arrested Lanier, apparently mistaking him for a Queens man who had stolen two designer handbags from a nearby Lord & Taylor department store. Lanier was released after the cops heard the actual suspect had been arrested, the court filing says.

Lanier’s lawsuit accuses the officers, the village and the Police Department of racism, saying he was targeted as a criminal suspect solely because he is black.

The Nassau County District Attorney’s office found no grounds for criminal charges against the officers, a spokeswoman for the office, Miriam Sholder, said.

“We investigated this matter comprehensively, found no criminality, and referred the matter to the Garden City Police Department for any appropriate administrative action,” Sholder said in a statement.

It was not clear in federal court records whether Byrd, Russell or the two other officers had their own attorneys.

The Garden City Police Benevolent Association, the village’s police union, could not be reached for comment.