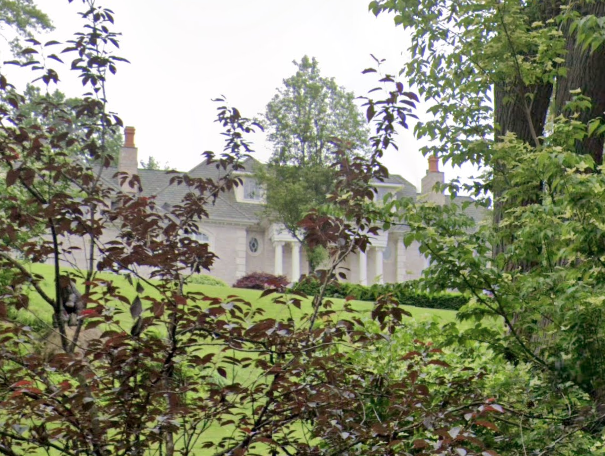 More than 100 firefighters responded to a four-alarm fire at a Sands Point home on Monday. (Photo courtesy of Google Maps)

More than 100 firefighters fought a four-alarm fire at a Sands Point home that property records indicate is owned by a former cardiologist who was sentenced to five years in prison in a murder-for-hire plot against his former business partner.

Firefighters from 15 departments responded to the fire at the Arden Lane home on Monday before 10 a.m., according to officials from the Port Washington Fire Department. The fire was located in a utility closet in the basement, but its origin remains under investigation, officials said.

The fire reportedly extended into the walls on the first and second floors of the home for roughly 30 minutes before firefighters were able to extinguish the flames. People inside the residence were reportedly able to evacuate the home after the fire started, but it was unclear if 61-year-old Anthony Moschetto was one of them.

Moschetto, according to property records, owns the home, but real estate listings online classified  the 7,800-square-foot property as a pending sale for $4.25 million.

Moschetto once worked at a practice with Dr. Martin Handler, whom he allegedly tried to have killed.

Former Nassau County District Attorney Madeline Singas said the two “had a business dispute, a professional dispute that ultimately caused him to want to hurt him.”

Moschetto gave blank prescriptions and cash as payments to  assault, and then murder, Handler, according to the district attorney’s office. Moschetto also asked the men to assault Dr. Handler’s wife if she was present, the office said.

Prosecutors recommended that Moschetto be sentenced to 12 years in prison, but Supreme Court Justice Christopher Quinn imposed a sentence of five years in prison with five years of post-release supervision, according to the district attorney’s office.

Moschetto was accused of hiring two men to burn down Heart Diagnostic Imaging at 38 Northern Blvd. in Great Neck on Feb. 25, 2015. The fire damaged but did not destroy the office.

Following Moschetto’s arrest in April 2015, investigators discovered a cache of more than 100 guns and various knives, swords, axes and a hand grenade in a secret room in his Sands Point home that was controlled by a switch-activated bookshelf.

Singas said some of the weapons found by investigators were illegal, but Moschetto did own some legal weapons.

According to the district attorney’s office, Moschetto admitted in court to providing money for arson and assault, specifying how and where the assault should take place, detailing information on the intended victim’s whereabouts and possessing more than 10 illegal weapons.

Moschetto’s medical license and “DEA-prescribing privileges” were suspended as a result of his sentencing, the district attorney’s office said.

According to Newsday, Moschetto served roughly four years in prison before being released in March, with his medical license remaining revoked.

Efforts to reach the homeowner for comment were unavailing. 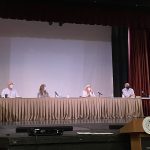 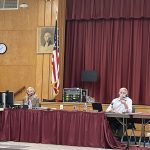