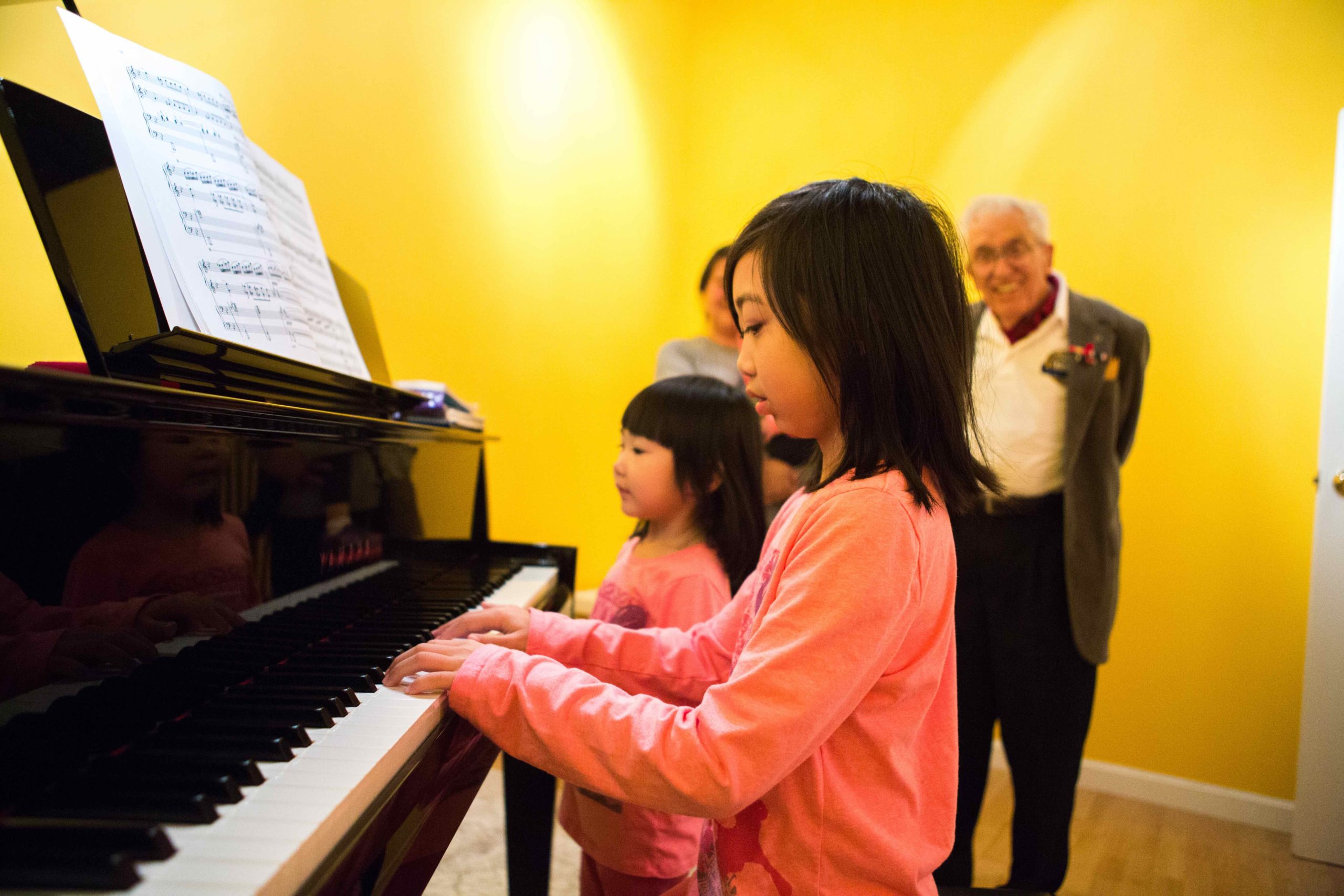 Before she opened the Music School of New York City in Mineola last month, Natalia Lavrova was making house calls, she said.

Lavrova, a Juilliard School graduate and award-winning pianist, opened her school as a home-teaching business about five years ago, bringing high-calber instruction directly to students of all ages, she said.

But she and her faculty weren’t the only ones traveling — Lavrova said she knew many students traveled to the city from Long Island to get those kind of lessons from other teachers.

That’s what brought her to Mineola, where she has opened a dedicated space where her staff of about a dozen teachers currently teach about 20 students.

“I’m catering to of course every age and every level, but I think I am catering to somebody … who’s a little more invested,” said Lavrova, a native of Moscow who has lived in New York City since age 10.

She has found support for her teaching in a community where many schools and families highly value the arts, she said.

Lavrova’s school at 234 Jericho Turnpike has four studios for private lessons taught by teachers with credentials from top institutions such as the Manhattan School of Music, the Moscow Conservatory and the Cleveland Institute of Music.

Most of the school’s current students are beginners, Lavrova said.

High-quality teaching is Lavrova’s top priority at the school, she said. One reason she chose Mineola for her first physical studio was its close proximity to New York City so teachers and students could easily commute, she said.

Mineola is also located in and near several North Shore school districts that invest heavily in music, which creates a good environment for teachers such as Lavrova, she said.

Long Island and New York City both have families with “very rich music or intellectual backgrounds,” but the focus on music in local schools gives Lavrova and her teachers a chance to “step in and take that interest that’s already been sparked by the education system,” she said.

“I’m happy to get involved, and I think that’s where the difference will lie for me, is that I’ll be able to be a lot more hands-on community wise,” Lavrova said. “But as for the students, kids are talented everywhere. It’s just a matter of tapping into that.”

Private lessons can give music students one-on-one attention that helps them address issues school teachers may not have time to take on, Arnold said.

“It’ll help them progress at a more rapid rate, and it’ll help enrich what they’re learning in school,” she said.

Lavrova said she may expand her school to Westchester County if the Long Island outpost is successful.

While Long Island students can have schedules as busy as their New York City counterparts, they “get a little bit more sanity” in the suburban environment, Lavrova said.

“Once you’re in that classroom with that one student there really isn’t a big difference,” she said. “It’s the surroundings that change the whole experience a little bit.”

La Bottega to test breakfast in Mineola
Next Article