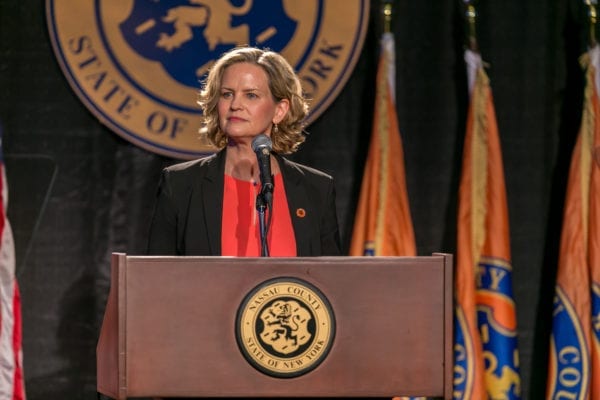 County officials said on Monday they are meeting with representatives from the U.S. Treasury Department this week regarding the proposed $375 cash payments to Nassau homeowners announced by County Executive Laura Curran last month. (Photo courtesy of the county executive's office)

Nassau County officials are seeking clarification from the U.S. Treasury Department on whether sending cash payments of $375 to eligible property owners, as proposed by County Executive Laura Curran in mid-May, is feasible.

The Republican majority in the County Legislature held a hearing on Monday on Curran’s proposal, which would require the county to spend $100 million in American Rescue Plan funds provided to Nassau as a result of the coronavirus pandemic. Nassau County Legislative Director Katie Horst said the county is meeting with Treasury representatives this week to go over the potential  payments.

“It is absolutely clear, according to the Treasury’s interim guidance, that direct cash payments to homeowners are permitted,” Horst said.

According to the interim guidelines, posted on Thursday, “Cash transfers grossly in excess of the amount needed to address the negative economic impact identified by the recipient would not be considered to be a response to the COVID-19 public health emergency or its negative impacts.”

Evlyn Tsimis, deputy county executive for economic development, said she and the rest of the administration are “very optimistic we’ll get to where we want to be” and echoed Horst’s points on the need to check with the Treasury Department.

Under Curran’s proposal households earning up to $500,000 annually would be eligible to receive the $375 cash payments. Those households generally qualify for the state’s School Tax Relief or STAR program.

Updates on the proposal, which would have to be approved by the Republican-controlled County Legislature, were met with ire and confusion by Presiding Officer Richard Nicolello (R-New Hyde Park).

Some of the questions Nicolello asked seven representatives of the Curran administration were left unanswered, including if anyone in the administration had sought guidance from Treasury consultants or legal counsel on whether the payments would be feasible prior to Curran’s announcement last month.

“In my 25 years here, I have never seen this before,” Nicolello said regarding the lack of answers from administration officials. “The problem is, in case you’re not able to issue those checks as the county executive told people on May 17, at some point we’re going to have to explain that to the residents of Nassau County.”

County spokesman Michael Fricchione said Curran remained “confident we will be able to lessen the burden on the middle class as details go through the Treasury Department for further clarification before a final proposal is filed and presented to the Legislature for approval.”

“After announcing a ‘Homeowner Assistance Plan,’ which would use the federal relief funds to distribute $375 checks to more than 300,000 Nassau residents, the administration has now discovered that those payments may not be possible,” Nicolello said. “This is another inexplicable failure by the administration to do its homework before announcing a flawed plan. Nassau residents deserve better.” 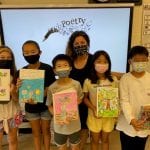 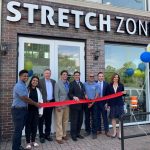