Those words must be ringing in the ears of several Nassau Republicans.

In his second trial, a jury found him and his son Adam guilty of quid pro quo schemes. His sentencing date is scheduled for October 24, 2018. And right now, Skelos must be thinking he will probably receive as much time behind bars as Silver.

A scary thought when one is 70 years old.

Then there’s former Republican County Executive Ed Mangano’s retrial which is set to commence on October 9, 2018. Mangano’s previous court case ended in a mistrial — the jury being deadlocked 11 to 1 for conviction.

That doesn’t bode well for Mangano. My guess, the U.S. Attorney in the second trial, will streamline his case to avoid jury fatigue.

He will probably focus on the bribery and extortion charges which included vacations, expensive gifts and a no-show job for Mrs. Mangano.

Next, there is former Republican First Deputy County Executive Rob Walker’s corruption trial that will begin on Jan. 7, 2019.

Walker was indicted by the Feds for obstruction of justice, lying to the FBI, and for accepting and then trying to hide $5,000 in cash he accepted from a county contractor.

Readers may recall that Walker received federal immunity for testifying in the first Dean Skelos trial; but he said in court he received no protection from ongoing investigations involving county contracts.

It appears the U.S. Attorney played it right.

He may have gotten off scot-free in the Mangano federal trial, but he still faces state charges.

In June 2017, Nassau District Attorney Madeline Singas charged Venditto “with corrupt use of position or authority, a felony; three counts of official misconduct, a misdemeanor; and conspiracy in the sixth degree, a misdemeanor.”

Finally, there was the March 31, 2017 indictment of GOP Hempstead Board Councilman Edward Ambrosino, whose trial was recently scheduled by a federal judge to begin on Feb. 25, 2019.

Ambrosino, who wore numerous political hats when he was associated with Dean Skelos’ old law firm, was indicted because he “knowingly and intentionally devised a scheme and artifice to defraud the law firm.”

He was charged with diverting at least $800,000 of fees totaling $1.3 million from clients and depositing them in a Sub S corporation he incorporated in 2011.

A portion of the diverted legal fees came from Nassau County’s Industrial Development Authority and its Local Economic Assistance Corporation.

The U.S. Attorney also alleges that Ambrosino attempted to evade paying over $250,000 in federal taxes by filing fraudulent income tax returns and phony deductions that included “rental payments for a Manhattan apartment paid by Ambrosino on behalf of a third party….”

I recommend to your reading the 13-page indictment that contains other allegations.

The culture of political corruption in Nassau County and, for that matter, in Albany, is epidemic.

Too many public officials believe the government exists not to serve the people, but to serve themselves. They have abandoned pursuing the common good in favor of the individual good.

Too many public officials believe that their service entitles them to become rich at the expense of taxpayers. Civic virtue, as founding father James Madison envisioned it, is dead.

Nevertheless, in Nassau, thanks to the hardworking U.S. Attorney and District Attorney, the tide may be turning. The political class may start thinking twice before sticking their hands in the public till.

I hope I’m right; but I’m not yet ready to bet the house on it. 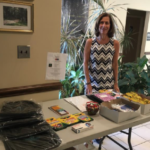 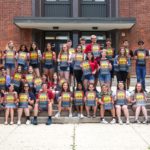