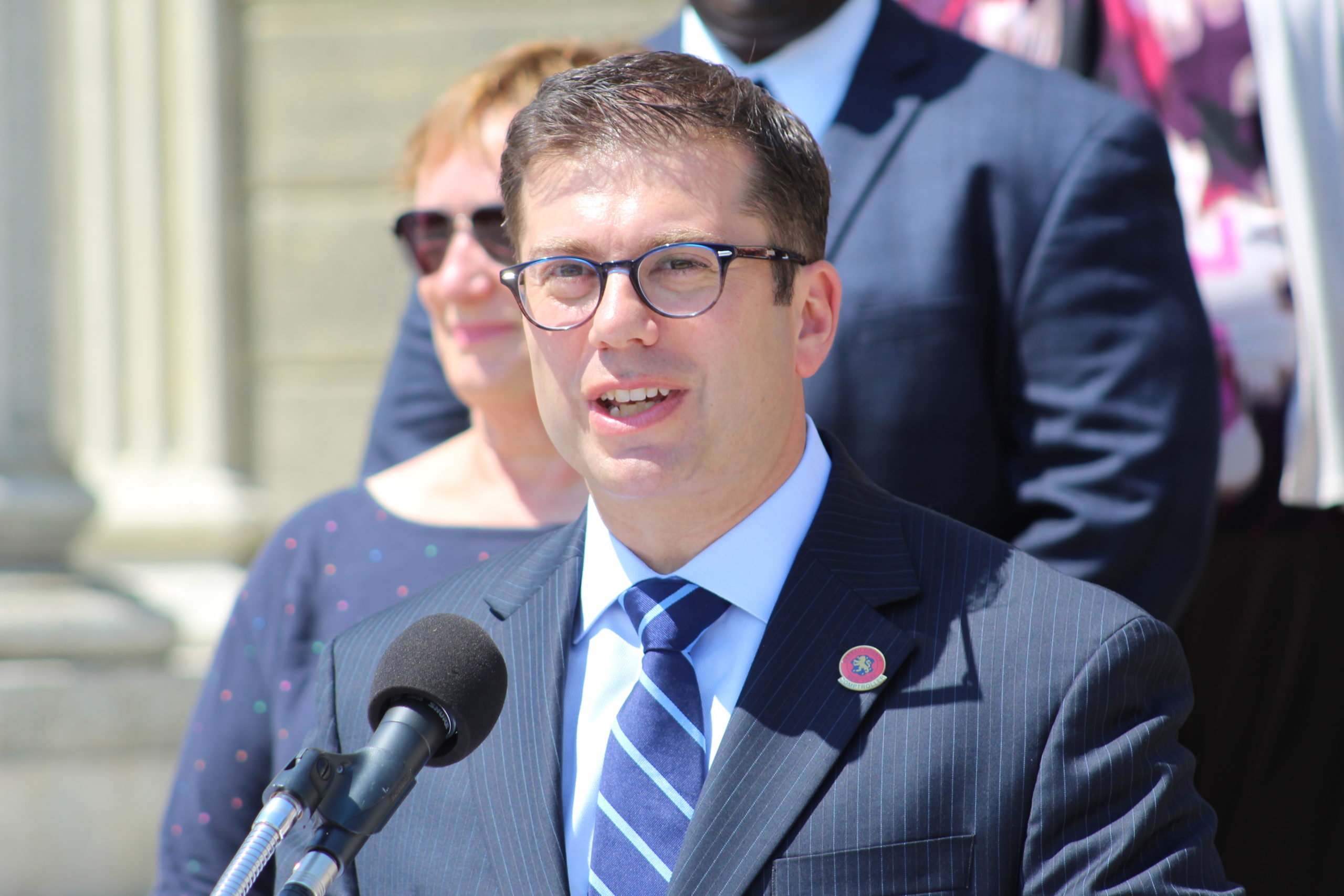 Nassau County Comptroller Jack Schnirman said the county's finances had been on an upward track prior to the COVID-19 pandemic. (Photo by Rebecca Klar)

The county ended 2017 with a $122 million deficit and with the “rainy day fund” $68 million in the red, Schnirman said as he delivered an annual financial report to the Legislature and county executive.

The crisis is due to “the previous eight years of mismanagement” and the comprehensive annual financial report “further confirms that determination,” he said at a news conference outside the Theodore Roosevelt Executive and Legislative Building in Mineola.

The report also showed that the county had outstanding property tax liabilities topping $500 million due to a flawed property assessment system and litigation liabilities rising to almost $400 million, he said.

Earlier this year the comptroller’s office estimated the 2017 deficit would be about $48.9 million.

The discrepancy comes from the comptroller’s office learning that the way the county had been defining operating funds excluded key funds.

The final audited statements are based on a definition of “primary operating funds” that includes total general fund, police district fund and sewer and storm water, according to the comptroller’s office, which it says “truly encompasses the county’s operational funds.”

Schnirman likened the deficit in the rainy day fund, or unassigned fund, to a personal savings account being in the red.

A negative unassigned fund balance shows that the available fund balance has been overspent and that a municipality’s assets and deferred outflows of resources can’t fund all purposes a government is bound to honor, according to the comptroller’s office.

This is the first time since 2011 that the report was delivered on time, Schnirman said.

The full report will be online for residents to view, as well as a guide to help make sense of the numbers.

The report includes audited figures from the county’s accounting team that were reviewed by an independent external auditing firm.

“We aren’t going to play the game of using whatever set of books makes the county look best. The county must operate from one consistent set of financial facts that is accessible to all,” Schnirman said. “The days of using budgetary math to gloss over problems and kick the can down the road are over.”

Schnirman said the report will be the “guiding document for future policy decisions.”

Nassau County Executive Laura Curran said in a statement that the report “once again illustrates that the prior administration drained the county’s cash and spent more in 2017 than they did in 2016 without a source of funding.”

She succeeded Edward Mangano, a Republican who served for eight years and did not run for re-election.

Curran also noted the Legislature’s decision in June to vote down borrowing by the Nassau Interim Finance Authority, the county’s fiscal watchdog.

The vote was mostly split along party lines, with Joshua Lafazan, an independent from Syosset who usually caucuses with the Democrats, voting with the GOP against the measure to borrow more than $400 million more to pay tax funds owed to commercial property owners.

“NIFA was created to access credit markets at better rates, and the county’s legislative majority neglected this assistance,” Curran said. “This was short sighted.”

Nassau County Legislature Minority Leader Kevan Abrahams (D-Freeport) said in a statement that the report “illustrates the depths of the fiscal crisis left behind by the previous administration.”

“Revealing the true scope of the county’s deficits and taking an earnest look at our outstanding liabilities better positions Nassau County’s leaders to make the difficult, but necessary decisions to lead Nassau County in a fiscally responsible direction,” Abrahams said.

The new Independent Audit Advisory Committee, or as Schnirman called it, the “Avengers of accounting,” will help examine the county’s annual external audits and ensure commendations are implemented in a timely manner.

The committee consists of five Nassau residents with decades of finance, audit and accounting experience.

The process is also prone to risk, he said, as the systems can crash with no way of resorting them.

The county must restructure, reform and modernize, Schnirman said.

“We must reimagine how government does business in Nassau County,” he said. “The same old excuses and tired solutions will no longer cut it.” 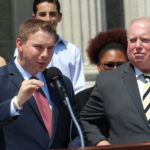 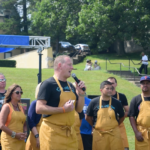