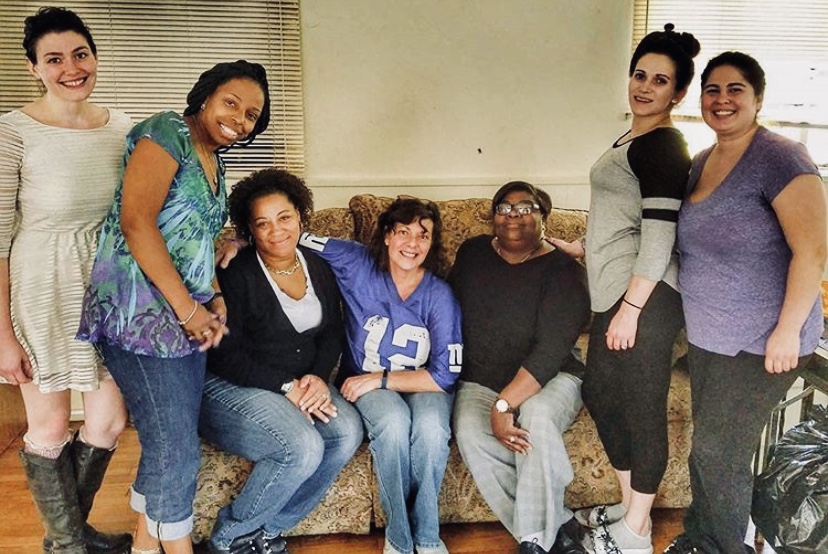 Rusti Miller-Hill, on the right side of the couch, surrounded by women she had women she had helped. (Photo courtesy of Serena Liguori)

The two were visiting Bayview Correctional Facility on the West Side of Manhattan after it had been closed permanently during Hurricane Sandy. Miller-Hill had been incarcerated there years ago. When the two arrived at the cell that had housed Miller-Hill, she held out the key.

“They gave me the key and now I’m free,” Miller-Hill said at the time.

The two were employees at New Hour, a group located in Brentwood that administers re-entry and education programs to incarcerated women in the Nassau and Suffolk county jails. Miller-Hill died unexpectedly on Aug. 20 from heart complications at 59.

She was New Hour’s program coordinator from 2015 to 2018 and an advocate for incarcerated women everywhere. She was also a board member at the Legal Action Council and attended her first board meeting the day before she died.

Ligouri, who is the executive director of New Hour, said Miller-Hill spoke about the challenges of being a mother while incarcerated, a struggle she knew personally. She would go into county jails and work with mothers on how to try and maintain or mend relationships.

“Many of our women, the number one goal is to be reunited with their children,” Liguori said. “Rusti devoted her life to supporting women and mothers.”

Ligouri said being incarcerated is different for men and women. She said when a man becomes incarcerated, a web of support will come from his family, and when he comes home, he generally only has to worry about himself. But three-quarters of the women that New Hour works with are mothers, and have to worry about taking care of children and themselves when they re-enter society.

Liguori also said there is a certain stigma to being an incarcerated woman.

“Many times people will say to us ‘this woman is a mother, how dare she use drugs or get involved in something illegal,’” Liguori said. She added that the majority of women she works with have suffered some sort of abuse.

For that reason, Liguori said she believed there needs to be a gender-specific advocacy group for Long Island’s incarcerated women. Miller-Hill was so devoted to the women she worked with that Liguori said they set up a phone for the women to call her from jail.

Liguori was part of a group that founded New Hour in 2013. Part of the reason she got involved was that she had come home from being incarcerated at age 21 and realized there were not many resources for women on Long Island in her situation.

According to the group’s website, Patty and George Kraus became New Hour’s founding donors when Patty made the same realization while volunteering in the Riverhead Correctional Facility in Suffolk.

New Hour now runs group programs that last 12 weeks and assist with parenting and help women understand how they became incarcerated and how to avoid it upon release, Liguori said.

“The majority of our women come from poverty and the majority come from Black and brown communities,” Liguori said.

Another thing Liguori remembers about Miller-Hill is how much hope and inspiration she could bring to the women she worked with.

After working with New Hour as a program coordinator, she moved to the Manhattan district attorney’s justice center for families. She was set to begin a job at Hour Children, an advocacy group for incarcerated women, at the time of her death. 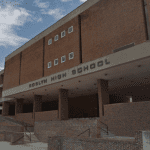