The Village of New Hyde Park wants to use a $5 million state grant to transform an industrial area near its Long Island Rail Road station.

Many specifics have yet to be hammered out, including when the village will get the money, Montreuil said. But officials want to make Second Avenue “more vibrant” by replacing industrial sites with retail shops and possibly housing, he said.

“We thought this is an opportunity to enhance the appearance of the village around and along the train tracks,” Montreuil said.

The village would look to “transition” industrial businesses out of their Second Avenue spaces and build a “station plaza” with restaurants and shops there, similar to the area near Mineola’s LIRR station, he said.

Existing businesses in the area include auto repair garages, an auto parts shop, a storage facility and the New Hyde Park post office.

Officials are also considering low-rise apartments and beautification measures such as signs and landscaping, Montreuil and village Trustee Rich Pallisco said. The projects would aim to give the area a unified “colonial” aesthetic that bolsters the village’s suburban character, Montreuil said.

An urban planner and the village’s lawyers are studying what zoning changes and other steps the effort would require, he said.

The village hopes to eventually draw up renderings of what the area could look like, Montreuil said. But officials said no work is likely to start soon.

“It’s years away until we see anything, any money, until they start digging,” Pallisco said.

It is uncertain exactly where the state money would come from or what conditions would be attached to it. Cuomo’s representatives offered “assurances” that money would be available from the current state budget, Montreuil said.

“Negotiations for the $5 million commitment were between the Governor and the Village of New Hyde Park,” Phillips (R-Flower Hill) said in a statement. “Going forth, I look forward to working with the Village as final plans are developed and offering assistance as State Senator.”

State officials also pledged a separate $800,000 sum to the village for road repair, a likely boon to its budget, which usually includes about $500,000 for road fixes annually, Montreuil said.

Montreuil said both windfalls are separate from the village’s memorandum of understanding with the LIRR that offers certain protections during and after the third track construction period, a fact that Metropolitan Transportation Authority officials confirmed. The LIRR has such agreements with all eight municipalities the project will affect.

Cuomo, a Democrat, announced the $1.95 billion third track project in January 2016 and has touted it as a critical infrastructure improvement. It will add a third track along 9.8 miles of the LIRR’s Main Line between Floral Park and Hicksville.

New Hyde Park officials have been some of the project’s most vocal critics. But in recent months, they embraced the chance to “make the best out of what was a bad situation” and shape the project in a way that will improve the community as they learned they had no say in whether it would proceed, Montreuil said.

The project will also remove three street-level railroad crossings in New Hyde Park and build noise-deflecting walls along the tracks.

Jerry Baldassaro, president of the Greater New Hyde Park Chamber of Commerce, said making New Hyde Park’s station more like Mineola’s, with spots to get a bite to eat or shop, could boost business in an area where commuters are unlikely to linger.

“Why not have that available in New Hyde Park?” Baldassaro said. “Why should it just be, ‘We’re dumping you off in the middle of nowhere’?” 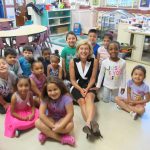 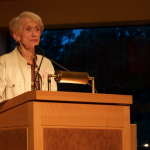 72nd annual commemoration of the bombings of Hiroshima and Nagasaki