New Hyde Park Memorial High School received a threat of a shooting from an unknown person on Thursday, according to police. (Photo courtesy of Google Maps)

An unknown person threatened to “shoot up” New Hyde Park Memorial High School on Thursday, according to Nassau County police.

The school received information about the threat from a student, detectives said. The student saw an unknown person post on Snapchat that he was going to “shoot up” the school, according to police.

Police were notified before the start of the school day, and all entrances to the school were monitored by police for suspicious activity, police said.

All students were safe throughout the day, according to police.

There is an ongoing investigation, police said. 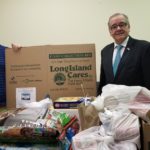 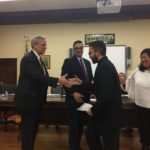