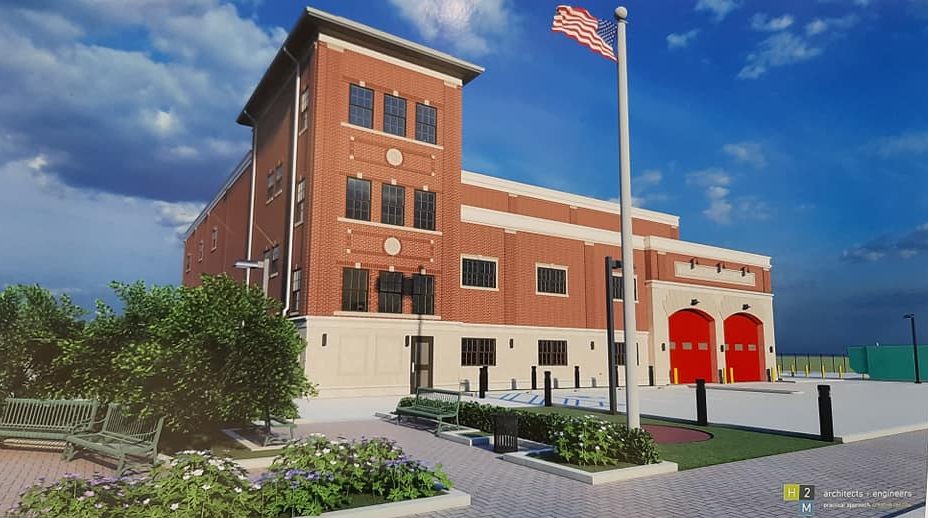 Construction started on a new headquarters for the Mineola Volunteer Fire Department this month after the village’s firefighters said goodbye to their longtime home.

A groundbreaking ceremony commemorated the start of construction on July 2, nearly two years after Mineola Mayor Scott Strauss — himself a firefighter — revealed that the department’s century-old building on Jericho Turnpike would have to be torn down because of structural issues.

The old headquarters opened in 1913 as the firehouse for the department’s Company No. 2, which had been established six years earlier.

With Company No. 1’s home on Main Street — which was also serving as Village Hall at the time — in bad shape, the village decided in 1925 to expand the Jericho Turnpike building so it could house both companies.

The revamped headquarters was dedicated in 1928 and served the village for more than nine decades before its demolition, which took place from early February to mid-April.

The knockdown marked a new era for both Mineola and its fire department, which will miss the facility’s history but is looking fondly towards the future, according to Fire Chief Andrew Martone Jr.

“Seeing the building come down was not easy, but we know it was the best decision for the safety of the department and the residents of Mineola,” said Martone, who took his post earlier this year. “It is a real honor to stand here today, as we mark the start of our new Mineola Fire Department Headquarters. This new state of the art building will serve the residents of Mineola for the next 100 plus years.”

According to Strauss, who has been an active member of Truck Company No. 2 for 40 years, wear and tear on the old building was too much to overcome.

“Unfortunately, that building has to come down,” Strauss said during a Mineola Chamber of Commerce meeting in 2019.

“The department hall, the main part of the building, is starting to crack, has cracked and has shifted,” he added.

The new headquarters will be equipped with equipment including a 24/7 ventilated room holding protective gear and self-contained breathing apparatuses, which help reduce the risk of cancer and other illnesses for firefighters when they’re on the job, according to Martone.

The building, slated to be finished in the fall of 2022, has been developed by consulting and design firm H2M.

The construction has displaced Truck Company No. 2 and its roughly 100 members to move their gear, vehicles and equipment to another site. Engine Company No. 3 has welcomed its colleagues to its firehouse on Elm Street, which already houses members and equipment of its own. The adjustment has added a new dynamic to calls, but not new problems.

“There’s always obstacles regarding coordination, but we as volunteer firemen have always gone by the motto that we overcome and conquer our challenges,” Martone said. “Every day or every week we are always changing our procedures to best suit and protect the residents of Mineola.”

Correction: An earlier version of this story misstated when the old fire department headquarters was demolished. Demolition took place from early February to mid-April, not earlier this summer.

Readers Write: Criticism of graduation speech is reasonable
Next Article 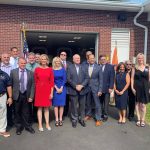