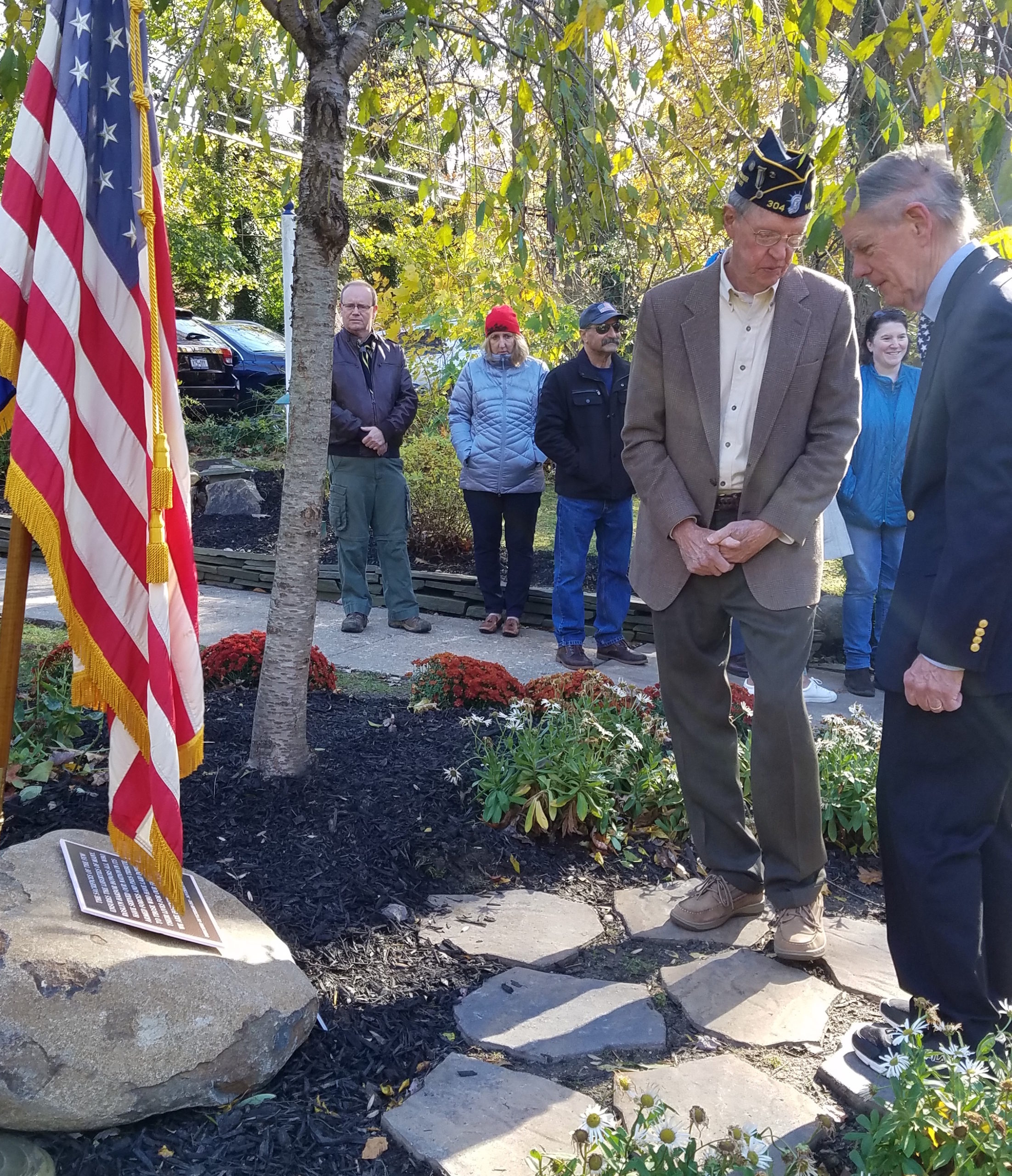 That’s when Roslyn Harbor’s first veteran’s memorial was inaugurated thanks to Wiebe’s son, Jay Wiebe. The 17-year-old Boy Scout of Plandome Troop 71 took on the project after his scoutmaster discovered Roslyn Harbor didn’t have a memorial for veterans. With the memorial complete, Jay Wiebe can become an Eagle Scout.

About 40 people gathered on a crisp, sunny Sunday morning for the unveiling of the new Veterans Memorial Garden at Village Hall and to celebrate veterans. Several veterans of the American Legion Manhasset Post 304 organization joined town officials and the Wiebe family in paying their respects.

The memorial is a flower garden by the entrance of Village Hall, which is tucked into the woods of the Roslyn Harbor hills. Those who exit the building can immediately see two plaques sitting atop a small boulder at the end of a short stone path between the flowers. A large plaque reads in part, “The sacrifices of the few ensures the liberties of many,” while a smaller plaque reads that the garden was the project of Eagle Scout Jay Wiebe.

“About last fall, my scoutmaster brought up the idea and instantly I thought it was a great idea,” said Jay Wiebe. “But there’s no way to pay [veterans] back after they gave so much for us. This is just a small thing.”

After the bell rang on Veteran’s Day, which used to be known as Armistice Day because it was the day a truce was called in World War I in 1918, Roslyn Harbor Mayor Louis Badolato thanked the veterans present and remembered those who are still fighting abroad.

“We hoped that this would be the war that ended all wars,” said Badolato. “We have what we have today because of veterans who have served. Thanks to them we can live the lives we lead.”

Badolato introduced Jay Wiebe to do the honor of dedicating the new memorial. In prepared remarks, Jay Wiebe thanked the veterans for their sacrifices and those who made building the memorial possible, like Marla Wolfson, village clerk and treasurer of Roslyn Harbor. He then handed Wolfson a bouquet of flowers, to her surprise.

“I have five kids and know how hard this is,” said Wolfson. “He’s a remarkable young man, I only facilitated it to get behind it and keep it going.”

The former senior patrol leader of Troop 71 laughed when he talked about struggling to remove a tree stump from exactly where the plaques sit.

“The stump was way bigger than what was above ground,” said Jay Wiebe. “We had to circumnavigate around down to the root and chop it off.”

The mayor and Wiebe’s father helped with removing the tree stump.

Asked how he felt about his son creating Roslyn Harbor’s first veteran’s memorial and becoming an Eagle Scout, Tom Wiebe said, “most proud.” 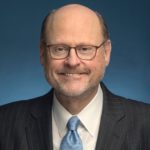 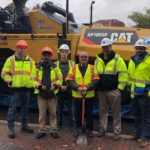