Floral Park resident Nadia Holubnyczyj said she aims to use untapped resources and pump them back into the community if elected to the Nassau County Legislature in November.

Holubnyczyj, a Democrat, said she wants to let constituent voices be heard and put a stop to do-nothing politics during a virtual forum with Blank Slate Media. Holubnyczyj said one area she wants to focus on is bridging the divide voters may have with their representatives.

“This is where change can happen effectively and quickly,” she said. “It’s not bureaucratic like the federal level with layers and layers of government. We are a direct access.”

Holubnyczyj has a civic background spanning two decades, including serving as president of her local PTA and civic association.  She said her positions have garnered helpful connections and relationships, both locally and at the state level, to help her be an effective legislator.

“It’s an important foundation for any person holding an elected office, so that you can reach as much potential as possible for your district,” she said.

When she campaigns door to door, Holubnyczyj said, residents have raised issues relating to COVID-19, unemployment and stimulating small businesses. However, she sees a negative response when people are asked about their expectations that elected officials can solve their problems.

“They’re saying the same thing, the overall apathetic response to local government they feel is there and they want more responsive representation,” Holubnyczyj said.

One issue facing the election winner will be redistricting. Democratic leaders in the County Legislature have called for a nonpartisan redistricting process, a change from past years. Holubnyczyj said she believes keeping politics out of redistricting is fair.

“It doesn’t make sense to have this map that goes in a zigzag, almost like a maze,” she said. “Because it’s not a fair representation of the areas and their needs.”

Holubnyczyj referred to her experience with her civic association, one of four in Floral Park, and said needs could be addressed because each jurisdiction was relevant to where people lived in the village.

In regard to COVID-19 relief, she supports Nassau County Executive Laura Curran’s proposal to send $375 to homeowners who qualify. Holubnyczyj rejected the Republican stance that the checks are not big enough to make a difference, saying $375 can buy school supplies, gas for over a month or a family trip to buy groceries.

When asked about the bill Curran vetoed in August that would have made first responders a protected class under the county’s Human Rights Law, Holubnyczyj supported the veto.

Holubnyczyj, who is disabled, said: “They can shed that identity. A person of color cannot shed their identity. I cannot shed my identity. To then say that they are a protected class, I don’t agree with that.”

As a private citizen, she said, she  fought to remedy a problem that was not going to be solved without advocacy.

When the third track project was announced, Holubnyczyj said, she believed the station in Floral Park was going to get a makeover. Upon realizing that construction was set to begin one block east of the station, she spoke with ADA lawyers in Washington who said the proposals were written so the existing station could be completely avoided.

“I did not understand how you do a $3 billion project that starts at our train station and not even consider an upgrade of any sort,” Holubnyczyj said.

Her advocacy led to the installation of three elevators at the train station, making it ADA accessible, another example, she said, of officials needing to do a better job of keeping their finger on the pulse of residents’ needs.

Holubnyczyj is running for the seat held by Vincent Muscarella, who has held the position since the County Legislature was founded in 1995 and is running to be a District Court judge.

When asked why voters should pick her rather than Giuffré, her Republican opponent, Holubnyczyj said she is well versed only on what she brings to the table.

“I never met him. I’ve never seen him at any event, So I can’t say me versus him,” Holubnyczyj said. “I don’t know what his platform is … I am truly passionate about my community. I am sincere in that I want to do everything that I can. I’ve been trying, trying to do the best that I can as a private citizen.”

She continued, “The ability to have access to local government and make the change, I want my neighbors to know that when I’m in that office, you will have that from me.” 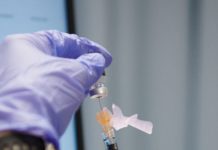 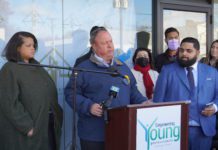 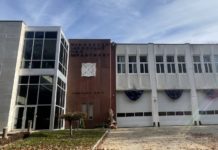