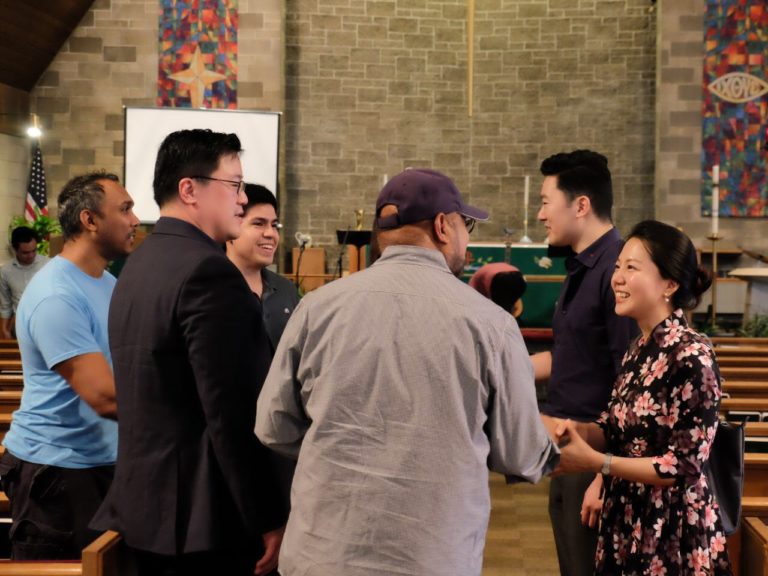 Stephen Na was born in Inchon, South Korea. His family immigrated to Atlanta, Georgia, when he was 7. Through his high school and college career, he was doing well in school and on track to pursue a degree in medicine.

Then he got a call.

“This is a subjective thing, when God calls,” Na said. “I couldn’t shake it off.”

Na took two years after graduating from college before deciding to pursue ministry over medicine. He attended Reformed Theological Seminary in Orlando, Florida, and then got involved with college ministry in Amherst, Massachusetts.

“That’s where I got a whiff of diversity,” Na said. “That really set my trajectory.”

Na is the founder and pastor of the Edge City Church, a new multiethnic, multigenerational Evangelical Free church. The church held services at East Williston Community Church over the summer and has recently moved to Christ Lutheran Church on Hillside Drive.

Where many churches may be diverse and preach unity, it is the focal point of the Edge City Church.

“It’s what makes us distinct,” Na said. “This is some we are intentionally trying to make happen, from our staff to the people that attend our church.”

The term “edge city” refers to large urban areas on the outskirts of cities. Na chose Nassau County in particular for the planting of the Edge City Church.

“Nassau County is right on the edge of New York City, and we’re seeing these multiethnic churches on the rise in the city already,” Na said. “So we decided to bring it out here.”

Na is a former pastor of the Community Church of Great Neck. He began pursuing the establishment of the Edge City Church after leaving, saying that his vision of a multiethnic congregation would not come to fruition there.

“A lot of great things were happening, but as the diversity came it was not clicking as we liked to see,” Na said.

Na has noticed that many in Nassau County have left the church or have begun to go to church less.  He aims to bring many back into the fold.

“My heart is to draw people back to God,” Na said. “We get why people say they left, but we ask them to come back and explore Jesus, and test it out.”

The church values tradition and observation of conventional holidays, but adds a contemporary, care-free style of worship to the mix.  About 125 people have attended the last two services.

Services are 4 p.m. every Sunday. In January, the church will also open to the community a children’s outreach program Friday evenings. Children learn about scripture from a booklet, play games and are taught by Pastor Na.