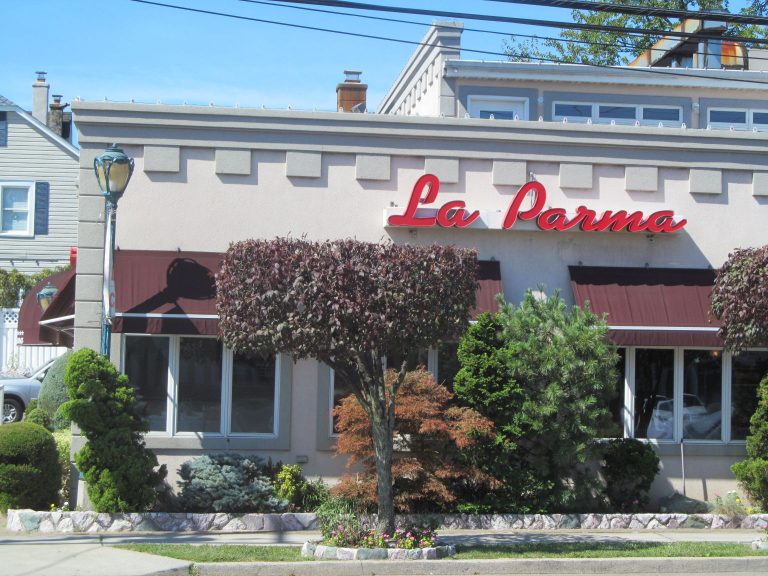 Albertson resident Ralph Mancini said he was watching a story on the Internet about a mother who couldn’t afford a welcome home party for son serving in Afghanistan when he began thinking about what he could do to help American service members.

Mancini and his wife Josephine will be turning that thought into action on Sept. 22 when they host a buffet dinner for local military veterans and their immediate families at La Parma Restaurant in Williston Park.

“That’s what it’s all about, thanking everybody and giving them a good time,” Ralph Mancini said last Thursday.  “I’ve always been touched by what they gave up and what they’ve done.”

A regular customer at La Parma with his wife, Ralph said he approached La Parma partner Anthony Gralta about holding the dinner at the restaurant on 707 Willis Ave. on a Monday when the restaurant is usually closed.

He said he and his wife then sent invitations to the American Legion Posts 144 and 349 in Williston Park and Mineola.

“They go over there to risk their lives for all of us. These guys come back and they don’t get the proper attention,” Gralta said.

He said all veterans in the local area are welcome at the dinner.

For Mancini, the service of veterans also has a personal meaning.

He said his late brother, Robert, served in the U.S. Army during the Vietnam War and his father-in-law, Joseph Marino, served in Pacific during World War II.

“This is the only way I felt I could give back,” Mancini said.

“I think it’s wonderful on the part of the two people subsidizing the cost of this for the vets,” Marchese said. “The ex-military is not accorded the respect they deserve. But there are citizens out there who do care about the sacrifice veterans make.”

Marchese said he hopes the dinner draws a good turnout.

“It’s a nice gesture on their part. Most people today have forgotten about the veterans,” said Ed Smolenski, commander of G&E Linder VFW Post 8031 in New Hyde Park.

Gralta said his friend, Mineola Fire Department ex-chief Gary Mazur, will be attending the dinner to help out with members of the Mineola Junior Fire Department, including Brian Strauss, who serves as an advisor to the junior firefighters along with Mazur.

Mazur said Ralph Mancini is a longtime supporter of the Mineola junior firefighters.

The open buffet will be served from 4 p.m. to 9 p.m. and Gralta said veterans attending will be welcome to take out dinner if they prefer.