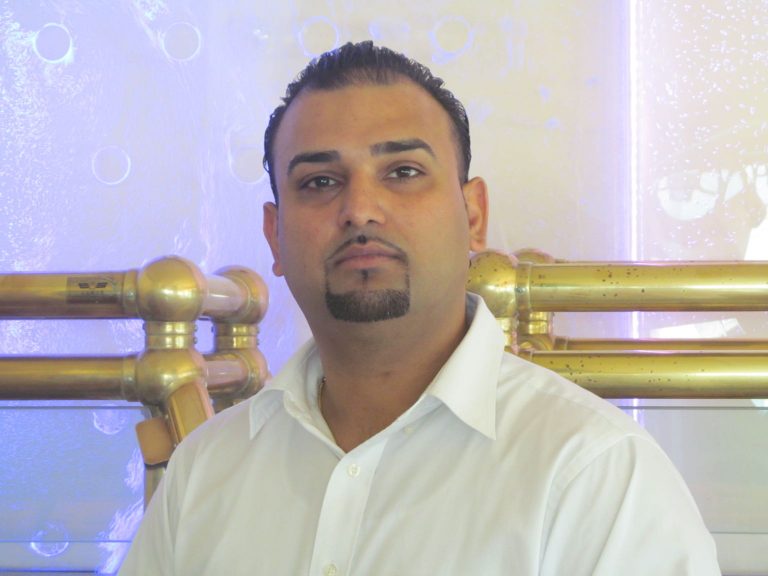 Noddy Singh said he and his older brother Arjun began planning to open restaurants while they were studying at Queens College.

Singh describes the cuisine at Dehli 6 as Indian frontier cuisine from the Punjabi tradition, characterized by grilled kabobs, chops and lentils.

Singh said he has adapted recipes of his mother and aunts into the mix of moderately priced offerings.

“They’re my food critics,” he said.

Singh, 31, worked in restaurants in Manhattan while attending Queens College and then after graduating with a bachelors degree in business management spent a year in India’s Delhi region working for a friend at a restaurant also called Dehli 6.

Singh said he and his brother opened their first Delhi 6 in East Windsor, N.J. five years ago and their second location, in Hicksville where Noddy lives, two years ago.

Picking their latest location at  3334 Hillside Ave. in New Hyde Park, he said, was a matter of numbers.

When the restaurant receives its liquor license next month, Singh said, Delhi 6 will also have 10 different Indian beers on the menu.

The restaurant has a capacity to seat 50 people and the decor is dominated by a three-panel wall of multi-colored bubbling water. In addition to the regular dining service the restaurant provides, Singh said it also does catering.

“We do a lot of weddings, sweet 16s and special occasions,” he said.

Outside of managing the New Hyde Park restaurant, Singh said he doesn’t have time for anything else.

“I don’t have free time,” he said. “I’m married to the restaurant.”