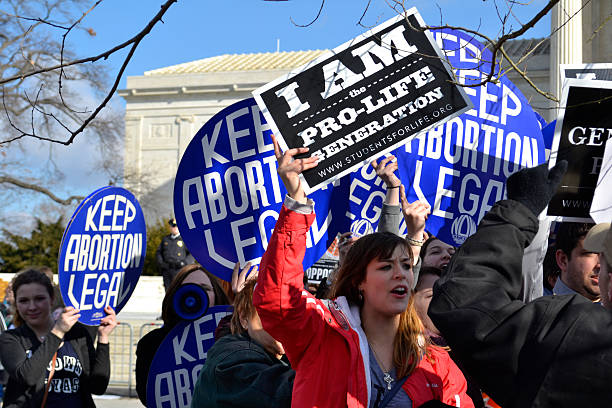 As per the ruling on June 24, the state of Ohio won’t allow its doctors to perform an abortion when the fetal heartbeat is detectable. This decision has led to extreme worry among doctors and medical professionals regarding their patients’ health. They are left to wonder about the decisions made during an emergency and what they should do if their patient requires an abortion to survive.

Mae Winchester, a doctor who had a patient in her 19th week of pregnancy, needed to terminate her pregnancy to save her life. According to Dr. Winchester, the patient inquired whether she and the doctor would be legally okay during the ordeal.

Since 1973, people have had the right to go for abortion as per their will and need, but on June 24, 2022, the USA Supreme Court changed this rule. Ohio was the first state to follow this rule quickly and restrict the procedures for abortion.

This raises a problem as doctors find this decision threatening their patients’ health and jobs. Those specializing in abortion procedures cannot do their work even if they deem it necessary during a life-threatening situation.

Despite Winchester’s patient’s emergency, calling the hospital lawyers was on top of the list. Since following the treatment could lead to penalties, she was unwilling to face them.

“I know what I need to do medically, and that is to save her life. But from a legal standpoint, how should I protect her? How do I protect myself? How do I protect our institution? Our nurses and anesthesiologists that are going to be involved with this case? It affects everybody.” Winchester said.

There are several cases of death during pregnancy because the doctors couldn’t perform an abortion. This leads to many concerns regarding people’s health and requires consultation from a health lawyer before proceeding. However, more often than not, patients might not have enough time to get approval from the state for the procedure.

Harry Nelson, a managing partner at Nelson Hardiman, said, “It’s a bizarre situation where doctors have to be nervous even when they’re providing legitimate care for potentially life-threatening conditions.“

The penalties for not following this law vary. Losing the medical license is one thing, but it could also lead to felony charges. There is also the chance of paying thousands of dollars in fines and facing jail for years.

While some institutions can withstand the financial charges, facing jail time will significantly affect the doctors’ mental health and careers. After all, they are doing their job and saving people’s lives.

Some state authorities have stated that people mistook the law as it has exceptions for medical endangerment. However, the Department of Health and Human Services took this concern seriously.

EMTALA (Emergency Medical Treatment and Labor Act) can overthrow the state’s abortion laws to save a patient’s life via treatment. However, this statement suddenly got criticism from Texas Attorney General Ken Paxton, saying it “seeks to transform every emergency room in the country into a walk-in abortion clinic.“

Amongst all these, a significant complication remains the cross-state operations. In Indiana, abortion is still legal for up to 22 weeks, while the rest of the states follow strict abortion rules. For instance, a doctor who performed an abortion on a 10-year-old rape victim from neighboring Ohio was threatened with an investigation.

Relevant authorities like OB-GYNs did not report the case, which warranted a warning from the authorities. Nelson and other lawyers view them as “scare tactics” to grab political support by using the hottest issues in the country.

Moreover, it is not just about abortion; any treatment that can harm the pregnancy requires consultation with a health lawyer. A patient coming to treat cancer might not get approval from the doctors if the treatment could damage their unborn child.

The health care providers in abortion-accessible states are also taking advice from health lawyers just to be on the safe side.

“There are no guidelines available, and everyone is asking for guidelines for every situation,” the American College of Obstetricians and Gynaecologists (ACOG).

With the help of 75 other health care organizations, ACOG is condemning the court ruling over meddling in the patient-doctor relationship.

One statement from OB-GYN Kristin Lyerly “Pregnancy management is complicated, but doctors have to do it, not politicians.“

With all the confusion arising after the court ruling, how long will it take to get a proper guideline to work or for the court to reverse its decision?

Doctors should not be participating in politics; instead, they should save the person’s life, considering how they had a cover from the 50 years old law regarding abortion.

What should they do? Be a doctor, save a life, face jail time and pay heavy fines, or wait for an answer from their hospital lawyer and grieve if their patient dies in the meantime.