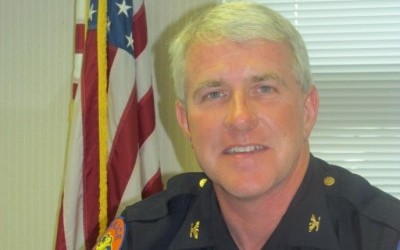 In his dream job as inspector of the Nassau County Police Department 3rd Precinct, Sean McCarthy immediately faces the task of overseeing the merger of the 3rd precinct with the 6th Precinct under the county police consolidation plan.

But the 27-year veteran of the force said he isn’t put off by the prospect of being the second precinct commanding officer to tackle the job.

“It’s great. It’s certainly a challenge. But if you’re not going to challenge yourself, why do it?” McCarthy said.

The change means coordinating operations between the 3rd Precinct, already the largest precinct in the county geographically, and the pared-down 6th Precinct starting this Friday. A community policing center manned by two police officers around the clock and two detectives for part of each day will rely on the 3rd Precinct for direction and support.

“It’s my job to see that it happens as smoothly and efficiently as possible,” said McCarthy, who’s had barely a month to adjust to his new job after serving as 3rd Precinct deputy inspector for the past three years.

Along with new computers, wiring and moving furniture, the 3rd Precinct will be adding five civilian clerical staff to its headquarters.

McCarthy’s deputy Inspector, Joel Magrane, is moving over from the 6th Precinct and McCarthy also has to sort out areas of responsibility between himself, the new deputy inspector and Capt. Thomas Corona, who he said will effectively be a co-deputy inspector.

“Every realignment will have its own work-flow challenges because the work in every command is different,” said McCarthy, who has worked in both precincts.

McCarthy said he was pleased with the assignment as deputy inspector under former 3rd Precinct Inspector Kevin Canavan, who was promoted to promoted to chief of patrol for the department at county police headquarters in Mineola in April.

The two men have been friends since their days at the county police academy together and keep in touch on a daily basis, McCarthy said.

“I’d always wanted to come back to patrol. Patrol was the place to be,” said McCarthy, who held positions at headquarters and the police academy before returning to the field a few years ago.

He said the first merger of precincts under the realignment plan, between the 8th and the 2nd Precincts is a “template” for the three other planned realignments intended to reduce overall policing costs. McCarthy said he doesn’t foresee a difficult transition as the 3rd and the 6th Precincts merge their operations.

“We’ve always been on the same radio frequency. From the public’s perspective, not much is really going to change,” McCarthy said. “There are logistical challenges in terms of work flow. There’s some things we’re going to have to do differently.”

Those differences in procedures will primarily affect desk crews and administrative staff, he said. He anticipates a continuing large number of “walk-ins” in the 6th Precinct, but anticipates the part-time presence of detectives will handle that. And after a few months, he expects any incidental administrative kinks to be straightened out.

“It may be easier. It’s going to be different,” McCarthy said.

Being a precinct commander wasn’t even a distant aspiration when McCarthy first joined the police department. Growing up in Manhasset, an uncle who was an officer in the New York Police Department, suggested he consider becoming a cop.

“I really fell into it. My uncle was a one-star chief in the NYPD and he encouraged me to take the test,” McCarthy said.

He said he didn’t have an over-arching desire to serve the public good, but the exceptional people he met when he started attending classes at the police academy in Masspequa in 1985, including Canavan, changed his perspective.

“It was really an eye-opener,” he said of the academy experience. “It turned from being a job into a career.”

“You really got an overview of the county,” he said.

Then he was stationed in the 3rd Precinct on patrol duty for five years.

McCarthy’s next assignment for the next four years was as a police spokesman in a county-wide educational program similar to the current Drug Abuse Resistance Education. He was also involved in community-based policing in schools and wrote appearance tickets and quality of life tickets in a role that prefigured the problem-oriented police officers currently in the county police ranks.

“I come from a long line of Irish talkers,” he said smiling.

McCarthy returned to the field as a patrol officer in the 6th Precinct for the next four years. And then he had a series of headquarters assignments, leading to deputy commanding officer in personnel and education and a stint at the police academy teaching courses in mental health and labor relations.

“I’ve never had a bad job with the police department. I’ve had jobs I’ve liked more than others, but I’ve gained a lot from every experience,” McCarthy said.

But he said working in the 3rd Precinct has been the best because of the large, diverse nature of it.

“If something is going to happen, it will happen here,” he said.

He said he enjoyed his experience as deputy inspector and inspector for similar reasons.

“I like going out to community meetings and meeting people. There’s a lot of constructive things going on here and a lot of things to be done,” he said.

Starting Friday, the number of tasks at hand is likely to multiply.

When he needs to relax, McCarthy said, he enjoys playing volleyball, running and working out with his wife.

He’s also a golfer, but admits it’s not his strong suit (“I’m a terrible golfer”). And he also coaches his daughter’s soccer team.