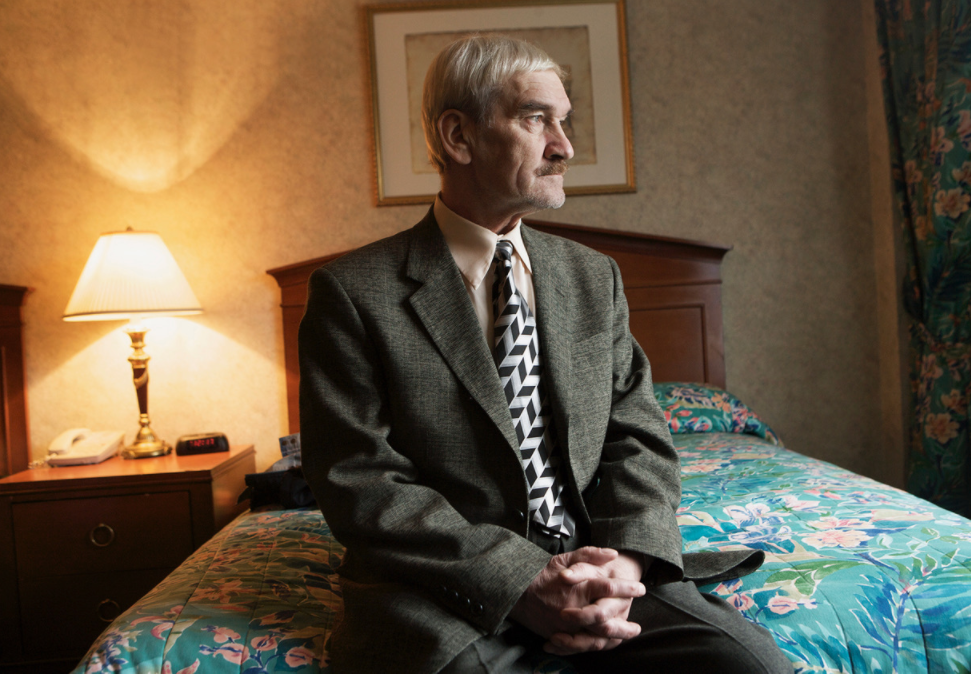 The story of Stanislav Petrov, the man who prevented a nuclear holocaust during the Cold War, has gone untold until now thanks in part to two Great Neck natives teamed up with producers and a director to tell the story of the man who saved humanity.

The film, “The Man Who Saved the World,” was screened in Port Washington on Tuesday as part of the Elliman Film Series presented by the Gold Coast International Film Festival, and was followed by a question-and-answer session with the film’s producers, Raphael Avigdor and Mark Romeo, two Great Neck natives, and Christian D. Bruun.

During the question-and-answer session, the film’s producers not only fielded questions from the audience, but spoke about screening the film on Long Island.

“I’m looking around and I see people I go back with 30 years,” Avigdor said.

Avigdor and Romeo, both graduates of Great Neck North High School, and Bruun, said they were made aware of the story when the film’s director, Peter Anthony, saw a 60-second clip of it on television.

“This story deserved more than 60 seconds on TV,” said Romeo, who is a marking and media executive with a special focus on film.

The film, which mixes scenes with Petrov retelling his story in the present day intercut with re-enacted footage of his time in the Soviet Union during the Cold War, shows how Petrov prevented a nuclear war by not giving the orders to retaliate when a computer glitch led high-ranking Soviet officers to believe the United States had launched five nuclear bombs. Petrov did not believe the computer reports of an American launch were true.

Petrov, pressed for time with five nuclear warheads heading toward the Soviet Union, stayed calm despite the reoccurring sound of warning sirens blaring, officers scrambling to come up with a plan and colleagues pressuring him to launch missiles at the United States.

Petrov’s story went untold for so long at least in part because the KGB classified the event for 25 years, sometimes sending agents to test Petrov to see if he’d disclose information about it, said Avigdor, who worked in real estate, listing and selling homes on the East End of Long Island.

Petrov said Russian analysts predicted that, after the first bombs were launched, 250 million people would have died, then another 250 million on the retaliation strike, and then the third strike would have killed off everyone else in the world.

The film, which echoes the current political environment, was pulled out of the Moscow Film Festival for political reasons, Avigdor said, but Russian President Vladimir Putin saw the film and “liked it.”

The producers said Pope Francis has a copy of the film, too, and they hope he will watch it in the upcoming weeks.

Romeo said the producers hope someone from the White House will see the film, too.

Romeo said once the film is screened by the White House and Francis, he hopes they will join with Putin in honoring Petrov’s life and story.

No one currently knows his story in Russia, he said.

In the current-day parts of the movie, the filmmakers show Petrov grappling with his relationship with his mother and traveling to the United States, meeting Matt Damon, Robert De Niro, and Kevin Costner, who had heard of Petrov’s story before.

“On behalf of Douglas Elliman and as a lifelong fan of movies, I am very excited to be involved in presenting these monthly screenings that will preview the very best, new independent films and studio releases,” Dottie Herman, president and CEO of Douglas Elliman Real Esate, said in a statement.

The Elliman Film Series continues with “Little Boxes” on April 4 at the Soundview Cinemas in Port Washington.