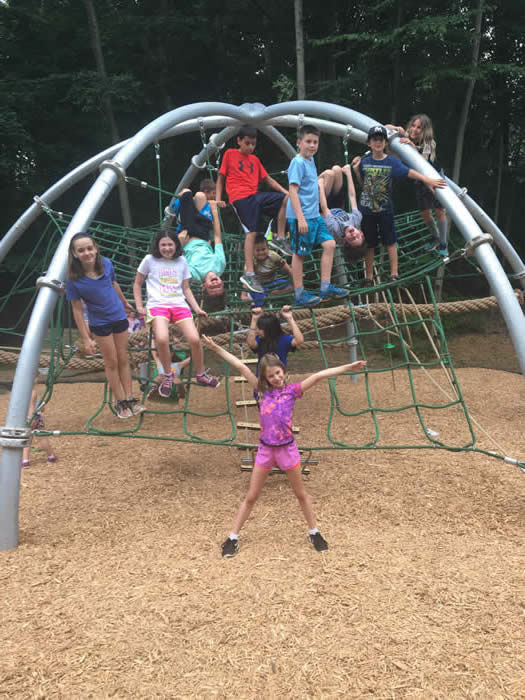 The Village of Flower Hill added a feature to the village’s playground last week to provide something fun and different for older children, officials said.

“It’s something really unique, and it’s also for the older kids and even adults,” Village Clerk Ronnie Shatzkamer said about the explorer dome, located between Stonytown and Bonnie Road, in Manhasset.

Shatzkamer said the village wanted to do something for the older children in the area, and got the idea of adding the explorer dome after attending a meeting at U.S. Communities, a national cooperative purchasing program, that provides government procurement resources and solutions to local and state government agencies, school districts, higher education institutions, and nonprofit groups.

Shatzkamer said after  the idea was taken to Mayor Elaine Phillips and the rest of the board, the village decided to hire Komplan, a global playground supplier, for the job.

“What a wonderful way of purchasing one piece of equipment that meets the needs of children,” Phillips said.

Phillips said purchasing an additional piece of playground equipment was in the village’s strategic plan and was used from its parks budget.

The  cost of the addition was not available.

“The board was advised that they would not need a major road project this year,” Phillips said. “The village puts aside a $300,000 project every year on roads, but this year we were advised that it wasn’t necessary. Next year we’ll just do a bigger road project.”

The new playground lies on a bed of fiber art and finely ground wood, allowing it to absorb any impact. The playground is also wheelchair accessible.

“Right after it was installed the kids were waiting,” Phillips said. “They were very excited.”