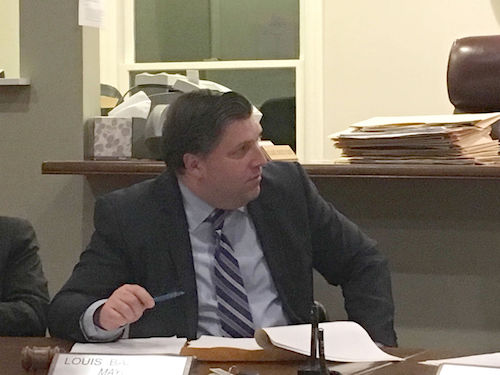 In response to an “F” grade in March from a Press Club of Long Island Freedom of Information Law audit, Roslyn Harbor adopted a FOIL policy at its Board of Trustees meeting on April 13.

“FOIL law is law,” village Clerk Marla Wolfson said. “Policy or not, it should have been followed.”

Wolfson took her position last June, after the audit had been completed, she said.

The “F” grade “prompted me to look and see,” Wolfson said. “Stepping into other people’s shoes is not always easy.”

The law assigns Wolfson as the individual in charge of handling FOIL requests and ensuring they’re addressed in a timely manner.

“There may be a variety of reasons why you go beyond 20 days,” she said. “If it’s an extremely onerous request that would take many hours.”

“Other exceptions would be covered on FOIL law and they’re sort of specific if it would deal with a judicial matter or invade someone’s privacy to some extent, of course you can redact stuff,” she added.

Under the FOIL policy, it does not cost any money to come to Village Hall and look at documents, or to have documents sent via email or fax.

It costs 25 cents to have village documents copied, as is mandated by the state, Wolfson said.

Wolfson said she has upheld such FOIL protocol since her arrival but the policy will ensure it is followed in her absence or upon her departure.

“When I stepped in here this was always my performance,” she said. “Whether I’m here or not, it will be in place. It will be standard operating procedure.”