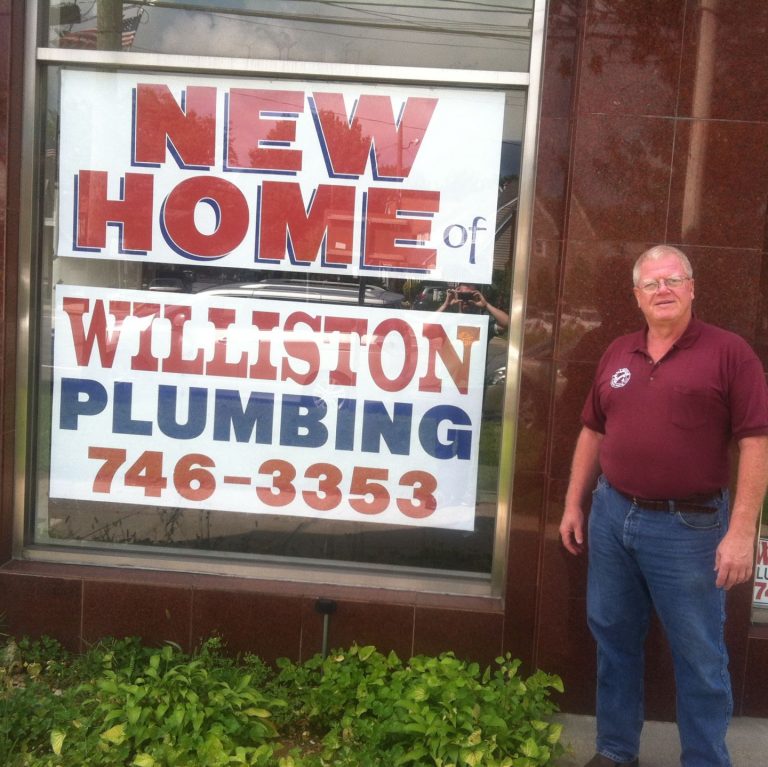 Seven days after a five-alarm fire destroyed his 30-year old plumbing repair business, Ron Doughty had the keys to a new storefront at 201 Hillside Avenue in Williston Park.

“I was able to find a place seven days later because of the people in the village,” Doughty said. “I want everyone in the village to know that I’ve relocated.”

Doughty, the owner of Williston Plumbing and Heating, said on Monday that he is in the process of setting up his new office after his previous location at 619 Willis Avenue was destroyed two weeks ago in a fire that gutted five other businesses.

“I had to relocate right away,” he said.

Doughty said although he was able to get the storefront a week after the fire, it will “take a couple of months” until his office is ready for a grand re-opening.

“The telephones and internet are going in right now,” he said.

Doughty said one of the main differences between his old office and his current one was that the 201 Hillside Avenue location has “no basement.”

He added that many people in the village knew about his old location and he wanted to make sure customers were aware of his current location.

The fire, which officials said started at about 2:44 a.m. in the Village Cobbler Shoe Repair store at 617 Willis Avenue, also destroyed the Hair Junky Hair Salon, Thee Place Bar, a dry cleaners and a dentist office.

Doughty called himself “one of the lucky ones,” saying that his employees were out in the field that day working on repair jobs.

But, Doughty said, the fire did destroy paper files that were kept at his old office.

“There was so much smoke damage,” he said. “Almost everything in the basement was completely underwater.”

He said he usually keeps a backup of his files on a laptop that he keeps at his home, but had brought the laptop into the old office and left it in there the night of the fire.

“Luckily, I was able to call an off-site backup and they were able to get all of my information in a couple of hours,” he said.

Doughty said that in the seven days before he bought his new storefront he was offered space at locations in multiple places throughout Williston Park.

“A majority of the business owners said come use my space,” he said. “Everybody offered help.”

Doughty said he temporarily used space at his sister-in-law’s house in the village.

“It was very easy for me to use the dining room table to get work done,” he said.

He said he was even offered help in getting a sign to hang outside his new storefront.

“It was done immediately,” Doughty said.

Doughty praised the members of the Williston Park Chamber of Commerce who offered him help, saying the chamber members in the village were more connected than chambers in other communities.

“Everyone in the village knows everyone else,” he said. “It’s different from the bigger towns. We’re all here to help each other.”