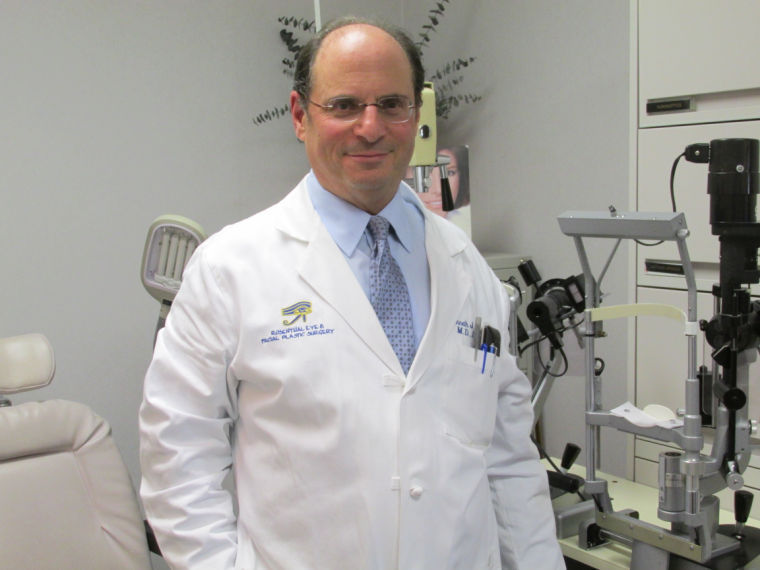 When Nathaniel Schull was born, there was no cure for the congenital eye syndrome that had left him visually impaired his entire life.

“By the time we were finished with him, operating on both eyes, putting lens implants in and putting the iris implants in, he can drive, he can read normally. He’s a musician – he can read music,” Rosenthal said in an interview. “He went from legally blind to 20/30 vision, which is almost perfect.”

The surgery that worked for Schull is still not an option for many others who also suffer from aniridia – the complete or partial absence of the iris, which can cause fuzzy vision and hyper sensitivity to light.

The Food and Drug Administration has not approved the artificial iris implants used by Rosenthal in the surgery, which places regulatory and financial barriers on patients seeking the procedure.

He is a founder of the The Iris and Rose Foundation, which is raising money to cover the costs of treatment and fund research into experimental solutions for rare eye diseases.

“All this gets expensive so I said you know what, lets start a foundation,” Rosenthal said.

The fund will address what Rosenthal described as a gap in industry research budgets, investigating treatments for a range of diseases that are not common enough to spur investment from medical device manufacturers.

“If you have two, three hundred patients a year who can benefit from this technology industry’s not going to invest in it because they can’t get a return on their investment,” Rosenthal said.

It’s a new approach to an old problem for Rosenthal, who has run his practice on East Shore Road for nearly 30 years and helped invent the first iris implant device in 1996.

Rosenthal is participating in ongoing clinical trials of the implants at the New York Eye and Ear Infirmary, and said he has done about 300 of the procedures.

The implants, and Rosenthal’s surgical practice, are out in front of FDA regulators, who have yet to approve an iris implant for use in the United States. The device used by Rosenthal for Schull’s surgery was manufactured by the Dutch company Ophtec USA.

“My practice is very cutting edge. We do a lot of investigational work, we do a lot of innovative products,” Rosenthal said. “We’re treating a lot of people with very serious eye disease.”

Rosenthal said every implant surgery he has performed has been successful, and has improved vision for patients with serious and rare eye conditions.

The implants have also been sought by people looking for a cosmetic fix, outside the clinical trials and medically necessary procedures done by surgeons like Rosenthal.

A January article in the New York Times detailed unregulated cosmetic procedures, done outside the United States, that caused serious complications for patients.

Rosenthal’s foundation hopes to fund medically necessary cases within the country, and is on track to meeting a $100,000 fundraising goal, he said.

The group hosted a benefit concert in September at Adelphi University, where a chamber orchestra – featuring Rosenthal on piano  played works by Mozart, Hayden and others.

But, Rosenthal said, there is still work to be done.

“We’re still in the fund raising stage,” he said.