A recent $2,800 grant to the North Shore Child and Family Guidance Center in Roslyn Heights will be used to support the Birth Justice Warriors Project, an initiative that focuses on improving the health of black mothers and their babies. 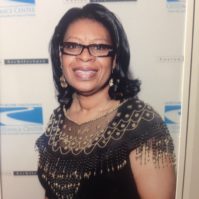 Dr. Nellie Taylor-Walthrust with the Leeds Place, a division of North Shore Child and Family Guidance Center devoted to children and young adults, said she became aware of the higher rates of low birth weights and infant mortality rates in Nassau County and, in particular, Roosevelt, Hempstead and the Westbury-New Cassel area, after serving the community for decades in Westbury.

The concept of the Birth Justice Warriors, an initiative co-chaired by Taylor-Walthrust and Hofstra University’s Dr. Martine Hackett, was born out of the bias faced by women of color in the United States in general and in Nassau County in particular, Taylor-Walthrust said.

According to the New York state Department of Health, a black woman is up to four times more likely to die in childbirth than a white woman. In Nassau County, the infant mortality rate per 1,000 live births is 9.4 for black babies versus the 2.2 reported for white non-Hispanic babies.

“I think most people are surprised — I certainly was — when they find out that an affluent suburb like Nassau County has such high infant and maternal mortality rates in certain areas for black mothers and babies, higher than it is in New York City,” Hackett said. “Lack of awareness means that these poor health outcomes are basically invisible, and if you can’t see these problems, then you can’t act on them.  Birth Justice Warriors will use local residents to increase the understanding of the causes of infant and maternal mortality and what we can do about it.”

The grant, given to the guidance center through March of Dimes, will be used to train 10 new birth justice warriors, Taylor-Walthrust said, alongside another grant to Hofstra University and Hackett to train another 10 warriors.

The warriors, Taylor-Walthrust said, spend their time traveling from community to community visiting hospitals, health centers, churches and community centers to educate young women about the staggering statistics and advocate for changes, such as improving nutrition when pregnant and seeking prenatal care.

“Much of this difference is not because of our health care system but because of the different levels of treatment women are given across the country that affect our health outcomes, especially during pregnancy,” Hackett said. “In addition, stress is also a key factor in explaining the differences by race and ethnicity in birth outcomes: in particular, toxic, chronic stress can negatively impact the development of a fetus during pregnancy.”

Since the project began, Hackett said, she has been pleased with the responses from both young mothers and health care professionals.

“I expect that communities of color to respond in a way that they have in my past experiences here on Long Island — with at first outrage and surprise at the health outcomes and then concern to be able to address them,” Hackett said. “On Long Island, communities of color are affected unfairly by systematic issues — housing, education, employment — that adversely affect our health outcomes. Many people know this and are motivated to make change.”