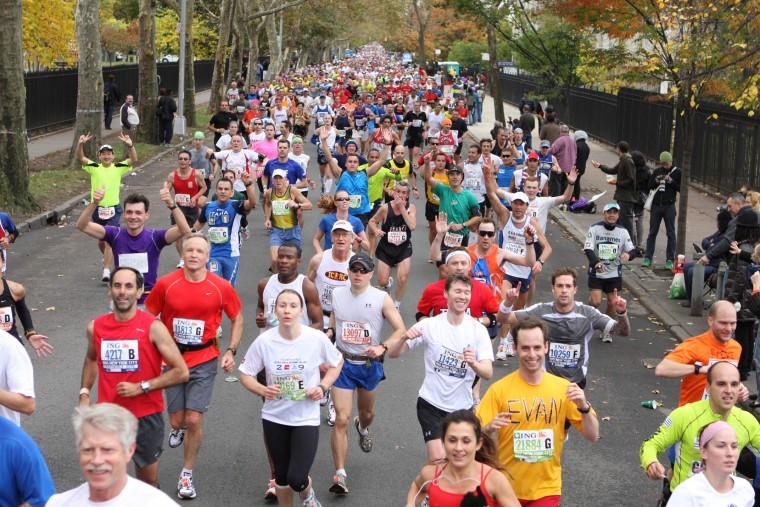 The guitar playing funny man is running the 13.1 mile half-marathon at Long Island’s Festival of Races on May 1, which he is using an opportunity to raise money for the nonprofit so dear to his heart.

“I’m not on a marathon fundraising team,” he said. “I just independently wanted to help out Fight for Kids. I’m already over $300 this time around.”

The campaign combats the psychiatric over-drugging and labeling of children while educating and offering alternatives for concerned parents.

In 2009 when he ran the New York City Marathon, Wecksell raised more than $700 for the campaign.

A longtime tutor and former camp counselor, Wecksell wants to raise awareness about the overmedication of children.

“It becomes like a hip thing to just stamp a kid with this disorder or that syndrome,” he said. “It’s not necessarily the first cause you’d think of, but it shouldn’t be the last.”

He is no stranger to long-distance running.

He also trained extensively for his 2008 appearance on the SyFy game show “CHA$E,” which tested contestants’ ability to navigate a real-life game board while avoiding hunters.

The half-marathon is a follow-up to his 2009 New York City Marathon where he ran 3:37, beating 36,000 of the 43,000 runner field, including celebrity runners Edward Norton, Alanis Morissette, and Anthony Edwards.

“Long Island, its people and its streets are so dear to my heart,” Wecksell said. “After taking time off following [the] New York [City Marathon], it was time to get back on the horse and once again put in the miles and energy towards Fight For Kids.”

The Re-Run Tour took Wecksell through 12 universities, all of which he has completed dates at, with the exception of an appearance in Waltham, MA scheduled for the day after the race.

A majority of the dates were part of that school’s Greek Week, an annual campus tradition where fraternities and sororities celebrate their ‘Greek-dom’ with a variety of games, competitions and outside speakers.

A portion of sales from his album “Lol” at all shows benefit “Fight for Kids.”

Despite graduating one year apart from the same high school, the two did not meet until after graduation.

“I met my wife at the train station in Great Neck,” he said. “We were the only 20 somethings still living with their parents in Great Neck.”

A fellow performer, when Meyersfield moved to the West Coast, Wecksell followed. He is quick to point out his status as “bi-coastal.”

“Because I have so many gigs on the East Coast, it’s almost like I’ll spend at least a third of the year back in Great Neck,” he said. “I go back to my family, and that will be my hub for doing gigs on the eastern U.S.”

Meyersfield is more actress than comedian, but the husband-wife team perform a musical comedy they wrote together, “College The Musical: A Musical About College.”

“I’m a full-time comedian, but I’d say 90 percent of my time is spent trying to get the gigs or working out my travel,” he said. “I like being on the stage, but I have a sitcom that I want to put my attention on.”

There are many ways to be a comedian, but working the college scene keeps him busy.

“The college thing works and it’s definitely something I can do for at least the next several years,” he said. “I’m okay for another decade I guess.

I’ve seen other college comedians who are older than me. I guess you have to keep doing the shows to keep yourself relevant.”

To donate, go to www.funnyevanmarathon.com or mail checks made payable to CCHR to 6616 Sunset Blvd. Los Angeles, CA 90028 Attention: Tulia / Fight for Kids.