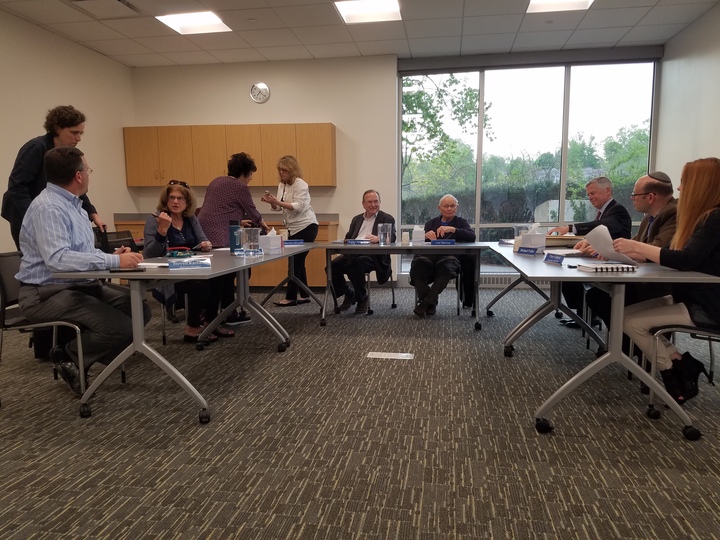 The Great Neck Library Board of Trustees voted to authorize the April 28 termination of Executive Library Director Kathy Giotsas on Monday night, in a meeting that lasted less than five minutes.

Previous directors in the last five years, both interim and not, include Jane Marino, who resigned after a $20.8 million bond referendum was defeated, Laura Weir, and Chris Johnson. Giotsas had been serving since August 3, 2015.

“Those directors did not leave under a cloud of any kind,” said Rebecca Gilliar, a 45-year Great Neck resident who has been civically involved for decades.

What is unusual about this case is that while others retired or resigned, Giotsis was terminated. The board did not cite any reason for termination.

Peter Fishbein, legal counsel for the library, said that the library could not comment on matters regarding staff or personnel.

The board also authorized a search committee to find a replacement library director.

The committee, to be headed by Assistant Treasurer Francine Krupski, will consist of board members, two staff members, the youth services coordinator, administration coordinator and business manager.

Tracy Geiser, who was appointed as assistant library director in May 2016, will serve as the interim director until a new permanent one can be found. She will be overseeing day-to-day operations of the library.

“We have been and continue to be impressed with Ms. Geiser’s abilities over this past year,” said Robert Schaufeld, president of the Great Neck Library Board of Trustees. “From her first day of hire to present, she has proven herself to be a leader and a great asset.”

Geiser previously headed Children’s Services at Half Hollow Hills Community Library in Dix Hills, headed teen services at the Brentwood Library and worked at the Hauppauge and Elwood public libraries.

Giotsas was not at Monday’s meeting, and her phone number is not publicly listed.

This story will be updated as more information comes in.