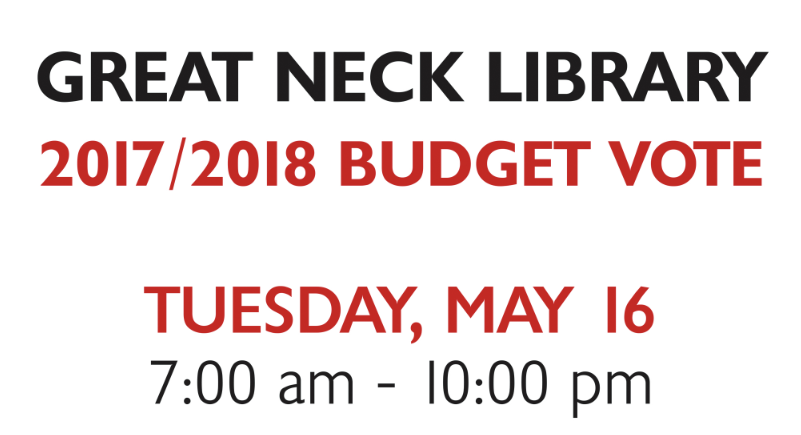 The budget is up $138,026 – or 1.43 percent – from the current $9.628 million budget. It comes in wake of completed renovations of the Main Library building, which had been closed for nearly two years.

Total salaries increased $383,200, while administrative expenses rose $91,084 and employee benefits and taxes went up $170,820. Library officials said the change comes from rising insurance costs and having people working at the main library again.

“With the new budget, it’s more true to all four branches and the main library,” Steven Kashkin, business manager for the Great Neck Library, said in a previous interview.

“Everything else is pretty much the same,” Kashin added.

The budget says tax revenues make up 98.8 percent of the library’s revenue. Within that revenue is a PILOT payment, or payment in lieu of taxes, which is 1.7 percent of operating revenue. The rest comes from various library operations like fines and fees.

The vote also comes at a time of intense public interest with school elections where voters will decide on a $223.3 million budget, a $68.3 million bond and who should fill two trustee seats.

“For most people voting in this election, the library budget is a fleeting thought,” said Rebecca Gilliar, a concerned Great Neck resident of 45 years. “Nobody’s paying attention—and they should be.”

The budget proposal and the previous two budgets can be found here.