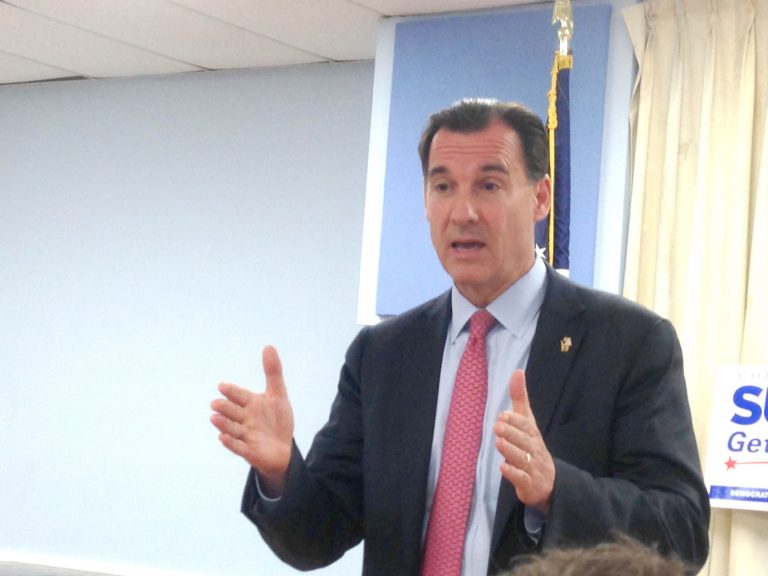 “They seemed really engaged and interested in the issues that we were discussing and ultimately supportive,” said Kaiman, one of five Democrats vying to replace Rep. Steve Israel in the Third Congressional District.

Both candidates said they have held about a dozen similar events throughout the district stretching from Whitestone, Queens, to Kings Park in Suffolk County. Suozzi drew about 40 people to Temple Beth-El in Great Neck last week and will hold another town hall next Tuesday at the Port Washington Veterans of Foreign Wars chapter.

Kaiman’s events have been mostly in supporters’ homes, he said. Two of his campaign’s early backers, North Hempstead Councilwoman Lee Seeman and former Rep. Gary Ackerman, introduced him in Floral Park on Monday, he said.

In addition to discussing aircraft noise, the economy and job creation at American Legion Post 44, Suozzi decried political polarization and repeated his pledge to fight against “powerful interests.”

Asked what bill he would sponsor first in the House, Suozzi said he does not think legislation is the answer to every problem. He wants to create a bipartisan “band of doers” to remove unnecessary laws from the books, he said.

Suozzi did say he would support gun control laws, a path to citizenship for undocumented immigrants and lower corporate tax rates to attract companies back to the U.S.  He also pledged to work with federal agencies to change disruptive flight paths over the North Shore.

Kaiman said he answered questions about his proposal for a national version of Project Independence, his signature North Hempstead program to support senior citizens as they age.

The crowd recognized that extended care for seniors from both public and private entities is a “serious issue,” said Kaiman, who unveiled his plan on May 31.

Kaiman also affirmed his support for Israel and for bans on automatic and assault weapons, he said.

While many in the crowd likely knew Kaiman as a local politician, they seemed to leave with a positive impression of him as a candidate for national office, Kaiman said.

“If they come to a meeting about me they were probably somewhat interested in me to begin with and wanted to get a sense as to whether I appeared congressional to them, whether I understood the issues,” he said.

Williston Park resident Mike Shea, 65, said the “fresh perspective” Suozzi has brought to government since his eight years as county executive won his support when he entered the congressional race in January.

“The issues are very complex, but he can break it down and explain it in layman terms,” said Margaret Shea, Mike Shea’s wife.