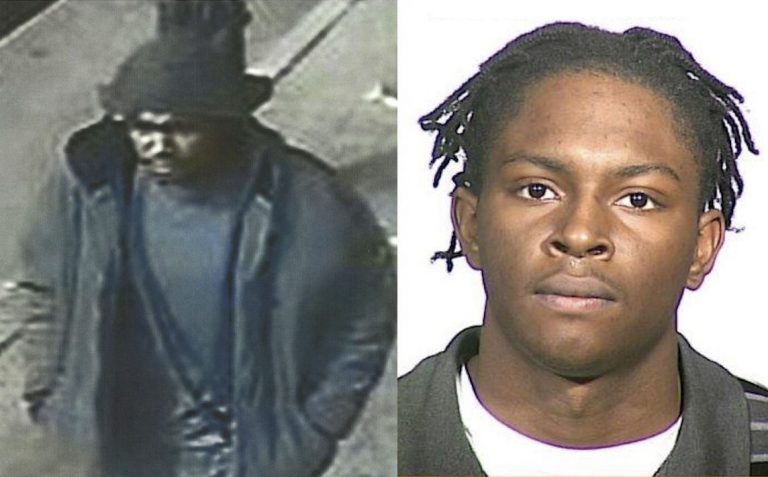 A Hempstead man accused of robbing up to 25 businesses at knifepoint is being held without bail following his arrest in Floral Park last Wednesday.

Khalif House, 24, was arraigned in federal District Court in Central Islip on Thursday, June 9, charged with interference with commerce by threats or violence for the robberies across Long Island and in Queens, including two in New Hyde Park.

Federal Magistrate Judge A. Kathleen Tomlinson cited House’s previous attempts to flee law enforcement, criminal history and substance abuse problems in a document ordering him to stay in jail while he awaits trial.

“In a case where the accusation is this large number of knifepoint robberies, it is neither unusual nor is it unexpected that that order of detention would be put in place,” House’s attorney Murray Singer said in an interview.

His girlfriend, Lisette Veltri, 23, of Valley Stream, was allegedly the getaway driver in seven to 10 of the robberies, according to a federal criminal complaint against House. She was charged under the same statute and released on a $150,000 bond, said Nellin McIntosh, a spokeswoman for the U.S. Attorney’s Office in the Eastern District of New York.

House has a heroin addiction, LeBrun said, which may have been part of his motive.

Court records show Tomlinson ordered a medical evaluation for him, but the content of the order is sealed.

House waived a preliminary hearing and his next court date has not been set, McIntosh said.

He will not enter a plea until prosecutors produce an indictment, Singer said, which they have 30 days from the hearing date to do.

Singer said he could request bail for House in the future, but he only met House on the day of the hearing and is still reviewing whether it would be possible for him and his family to post bail.

House was arrested around 11:15 a.m. on June 8 after a four-hour search in Floral Park that involved U.S. Marshals and dozens of officers from the village, Nassau County and New York City police departments.

Police found a pink right-hand glove, a black left-hand glove and dark-colored do-rags on House when they arrested him, items he was described as wearing during an earlier robbery attempt in College Point, Queens, the federal complaint against him says.

Veltri identified House, whom she has known for more than 15 years, in surveillance images from four of the robberies, according to the complaint.

A gray Honda Accord like the car Veltri drove was captured on one surveillance video, the complaint says.

Tomlinson cited the gloves and surveillance tapes in her order, indicating the prosecution’s case was strong enough to warrant keeping House in jail.

The Federal Bureau of Investigation and local police had been investigating the robberies House allegedly committed since Feb. 1, according to the June 9 criminal complaint by FBI Special Agent James McCarthy.

House allegedly targeted 7-Eleven, Carvel, Subway, Dunkin’ Donuts and other similar stores, entering with his face covered, threatening employees with a knife and taking money, the criminal complaint says. Police have said employees were often alone in the stores, and no one was ever injured.

Veltri told investigators she dropped House in areas where he allegedly committed robberies seven to 10 times, but learned later that robberies happened in those places, the criminal complaints say.

New York City police spotted a man who looked like House at the Dunkin’ Donuts at 225th Street and Hillside Avenue in Queens on June 7, about 15 minutes after an attempted knifepoint robbery at a Dollar Tree store in College Point, where an employee foiled the crime by punching and kicking the assailant, the complaint says.

House ran from the Dunkin’ Donuts when NYPD officers approached him, but they also found Veltri parked nearby and she told them it was House who fled, the complaint says.

He was later found behind another Floral Park house, hiding in a red Ford Econoline van, the complaint says.