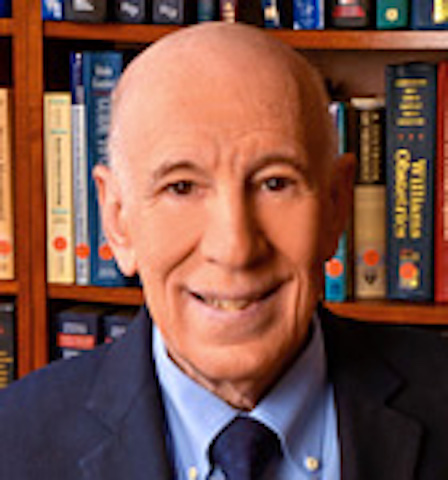 Steven Pegalis, a Lake Success-based attorney, this month was named a 2017 Lawyer of the Year for plaintiffs’ personal injury litigation by Best Lawyers and U.S. News & World Report.

Pegalis, of Kings Point, is the only lawyer to earn the honor on Long Island.

“It’s a nice unexpected surprise to be noted the Long Island Lawyer of the Year,” he said. “It takes passion and a great team, and in my 40 years of practice what hasn’t changed is children and adults being hurt, through no fault of their own, and needing us to stand up for them.”

Last year, Pegalis was named a 2016 Lawyer of the Year for plaintiffs’ medical malpractice lawyers in New York.

According to the Best Lawyers website, lawyers are nominated by their peers to win a distinction.

Pegalis’ career in representing patients in medical malpractice cases began in the 1960’s when he began to practice law, he said.

In what he called the “medical malpractice crisis” in the early 1970’s, Pegalis said there were not many attorneys who would handle such cases.

Pegalis said practicing an aspect of law that was generally unknown helped improve his position and eventually led to an increase in medical malpractice lawyers.

Although medicine has developed and medical procedures have become safer, he said, it was still important to hold those responsible for wrongdoing accountable.

“Despite new technologies and patient awareness, medical errors are the third leading cause of death, so accountability by litigation remains a critical option,” Pegalis said.

In 1972, he and Stephen Erickson founded Pegalis & Erickson, which is located at 1 Hollow Lane in Lake Success.

The firm was also named to the 2017 Best Law Firms list by Best Lawyers and U.S. News & World Report.

“We are proud to be named year after year among a handful of U.S. law firms,” Erickson said. “Our diligence and dedication to injured patients has allowed us to succeed for more than 40 years.”