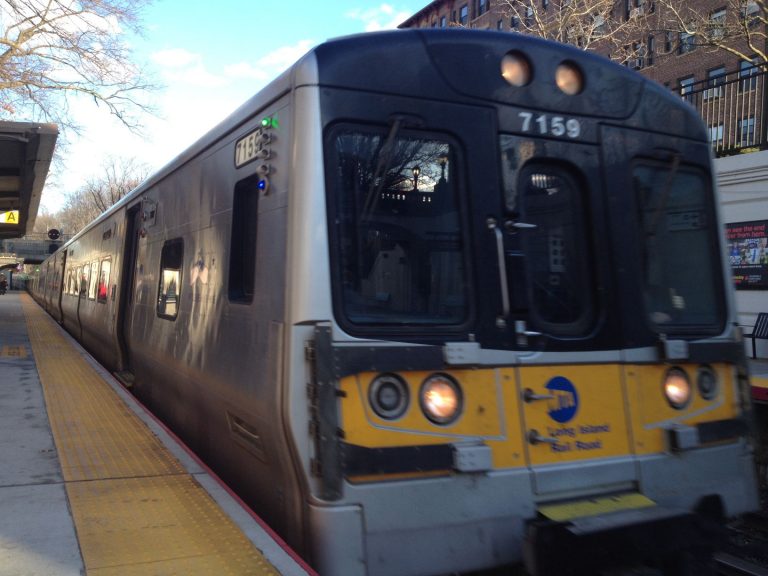 With only about a fifth of its workforce commuting to New York City, Long Island is far from the “bedroom community” for the five boroughs it once was, said Kevin Law, president of the Long Island Association.

But those workers bring back paychecks worth 39 percent of Nassau and Suffolk counties’ income, according to a 2015 LIA study citing data from the U.S. Bureau of Economic Analysis.

“Being able to tap into New York City’s money and labor pool will complement what we’re trying to build out here as well, because at the end of the day, we’re sort of one regional economy,” he said.

The LIA, Long Island’s largest business group, and dozens of other organizations say the $1.5 billion, 9.8-mile third track between Floral Park and Hicksville would also ease commutes for younger workers living in the city, who Law said are crucial to the Island’s economic future as the population ages.

But opponents question the notion that young workers would sacrifice “city life” and pay high LIRR fares for jobs in suburbia, especially as more Americans commute by computer, said Bill Corbett, leader of the Floral Park-based Citizens Against Rail Expansion.

Dozens of local groups and residents of the third track’s corridor also worry the project would hurt local businesses without any real benefit to them, Corbett said.

“From Mineola to Bellerose, there’s no benefit to be gained,” said Corbett, whose Floral Park law office is near the tracks. “There’s no increased commuting. The third track is not going to speed anything up for these communities along here.”

It says  18.7 percent of Long Island’s workforce  commuted to the five boroughs in 2013 and earned 39 percent of the Island’s income that year — a total of more than $27.3 billion.

Nassau County’s commuting minority makes the majority of the money. The 28.6 percent of its workforce that commuted in 2013 earned 56.9 percent of the income, the study says, more than $19.7 billion.

Workers spend that money in small businesses such as those along the tracks, Law said. And a 2014 Rauch Foundation Long Island Index study found the third track would add another $3 billion to Long Island’s overall income after 10 years.

“When we make it easier to get to and from New York City, that strengthens Long Island,” he said.

The LIA study says most commuters — 57.8 percent — drive to work, but it calls the LIRR “critically important,” as 34.4 percent of commuters use it. Commuters to Manhattan, the highest-earning borough, took 60 percent of their trips by train, the study says.

A significant number of union laborers often rely on the LIRR to get to jobs in the city, where “a tremendous amount” of building projects happen, said Richard O’Kane, president of the Nassau-Suffolk Building Trades Council.

“It’s a great opportunity for people, that they can enjoy that pool of options of work,” O’Kane said. “The only thing it takes is time to travel, but I’ll travel anywhere to keep food on my table.”

Long Island’s population younger than 30 is shrinking as newer industries, such as biomedical technology, are seeking young workers to help them grow, Law said. That makes reverse-commute capacity a “big piece” of the economic imperative for a third track, Law said.

“If we can’t pick from that pool anymore, we’re done,” O’Kane said.

With ridership up 15 percent over the last 30 years, the third track aims to increase LIRR service in both directions to remedy a lack of capacity to run in both directions during peak hours, according to the project’s draft scope released last month.

It would also boost train service in conjunction with the Metropolitan Transportation Authority’s East Side Access project, which  is putting an LIRR stop at Grand Central Terminal, according to the environmental impact statement for that project.

“The LIRR Expansion Project will improve service, safety and quality of life for hundreds of thousands of people who live, work or travel on Long Island,” MTA spokesman Shams Tarek said in a statement.

Census population data, though, indicates the number of Long Islanders aged 20 to 34 increased between 2010 and 2014, by 7.1 percent in Nassau County and 5.5 percent in Suffolk County.

Third track opponents have disputed the need for a reverse commute since Gov. Andrew Cuomo announced the project in January.

Corbett said he thinks people would also be more likely to work from home, given a recent trend toward telecommuting in the U.S.

“The young people, no matter what they say, want to stay in the city,” Corbett said. “They want the city life.”

A data review published by Bolt Insurance Agency found one in five American workers, about 30 million people, work from home at least once a week in 2012. That number was expected to grow 63 percent to 4.9 million by this year.

The third track would also create jobs and attract business and industry by indicating a commitment to infrastructure, Law said.

The project itself would create 2,250 planning, engineering, construction and other jobs, O’Kane said. The Long Island Index study found it would create 14,000 jobs after 10 years.

“Businesses want to see and be in a region that is investing in the infrastructure, and so if everything is going to decay … it’s very easy for businesses to see the writing on the wall and pack up,” Law said.

Corbett and other opponents, though, say businesses along the tracks would lose money during construction, estimated to take three years but believed by many skeptics to take longer. It would also cause delays for commuters that would not be worth the eventual benefit, Corbett said.

The project could require some commercial property acquisitions, planners have said, albeit far fewer than the MTA’s hotly opposed 2005 proposal.

Moreover, some Long Islanders may not want more industry infringing on the suburban lifestyle that pushed many to move here, Corbett said.

Law said Corbett and others’ concerns are legitimate, and the MTA should stick to a “doable, achievable” timeline to ensure construction disrupts local commerce as little as possible.

“It shouldn’t be us versus them,” he said. “It should be us and them and we should work with the community to try to get their concerns addressed.”