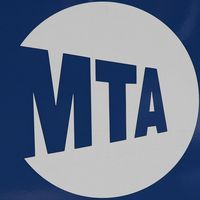 The Metropolitan Transportation Authority closed a 1,920-square-foot seating area in Grand Central Terminal’s dining concourse on Monday to begin construction as part of the East Side Access project, which will bring the Long Island Railroad straight into Grand Central Station in Manhattan.

The MTA will begin structural framework for future construction of stairways and escalators that will connect Grand Central’s lower level to the 350,000-square-foot eight-track LIRR terminal currently being built, according to a press release from MTA’s Press Office.

“This is a major milestone in the construction of East Side Access,” MTA Capital Construction President Michael Horodniceanu said. “After years of toiling and making great progress below ground and mostly out of the public’s view, the emergence of construction in Grand Central’s Dining Concourse will give New Yorkers their first real, tangible sense of what is to come.”

In August, and later in September, the MTA halted train service and replaced it with bus services on the Port Washington line to begin construction for the Colonial Road Bridge in Thomaston, which MTA officials said was essential for the project.

This construction, however, will have no impact on any LIRR train services.

The $430 million contract to build the LIRR concourse was awarded in Feb. 2015 to GCT Constructors, JV, a joint venture consisting of Schiavone Construction Co. and John P. Picone, Inc.

Under the contract, workers will build the architectural, structural, mechanical and electrical facilities, and escalators and elevators for the future concourse, according to the release.

Construction at the dining concourse, MTA officials said, will take anywhere from 12 to 18 months.

“This is a multi-party endeavor with lots of players who will be working together to make sure it goes as smoothly as possible: Metro-North, MTA Capital Construction, the contractors, and Jones Lang LaSalle, which manages Grand Central’s retail environment,” said Joseph Giulietti, president of MTA Metro-North Railroad. “We will all work together to make every effort to reduce inconvenience to Metro-North customers and Grand Central’s businesses during this construction.”

All of the surrounding eateries will remain open for business throughout the construction, but three-fourths of the 140 chairs and 44 tables from the area to be closed will be redistributed throughout the dining concourse, according to the release.

The project will cut the travel time of commuters who work on Manhattan’s East Side by 20 to 30 minutes when completed, MTA officials said, and is projected to reduce crowding at Penn Station and nearby subway stations.

East Side Access is scheduled to be completed by the end of 2018.