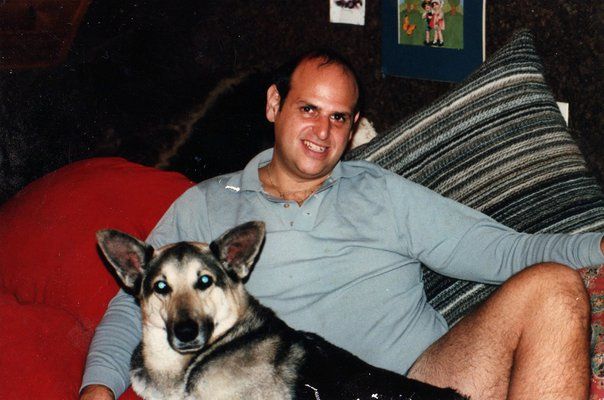 Then Roslyn concert promoter Michael “Eppy” Epstein awoke in San Francisco from a night of partying with the reggae outfit Burning Spear to answer a phone call from the Village Voice.

It was 1982, and the editor on the other end of the phone in New York asked Epstein if he recognized the name Henry Hill.

Epstein did not, though the editor said Hill was on his payroll at the Roslyn rock music club My Father’s Place.

“The guy says, do you know he’s a dishwasher of yours?” said Epstein, now 65. “I told him, we don’t use dishwashers. We use paper plates.”

The editor told Epstein to get back to New York.

A few years earlier, a group of masked gunmen pulled off what is now considered one of the most lucrative heists in American history, lifting $5 million in cash and $875,000 in diamonds from John F. Kennedy International Airport.

Hill was an associate of Epstein’s partner at My Father’s Place, Phil Basile, who once managed tours for the Rolling Stones, the Who and Jimi Hendrix and in the 1970s ran several clubs across Long Island.

Hill and Basile were also associates of the Lucchese crime syndicate, and in 1980 Hill entered the Federal Witness Protection program after cooperating with investigators digging into the heist.

By the time Epstein picked up the phone in San Francisco, he and Basile were being investigated, too, and the Village Voice awaited his return home.

So began a series of tax headaches for Epstein – some with the state of New York and others with the Village of Roslyn – that led to My Father’s Place closing its doors for good in 1987.

“I don’t know where I’d be today if that club had stayed open,” said Epstein, now a resident of Glen Cove. “I’d much rather have my club in Roslyn, and if I don’t have a club in Roslyn I don’t want to open another one.”

Epstein kept true to his word – he never opened another My Father’s Place – but he never stopped promoting shows, either.

He brought bands to Malibu in Lido Beach and Metro 700 – also known as 007 – in West Hempstead, to Uncle Sam’s – later called Spit – in Levittown and to Sprats on the Water and Industry in Island Park.

“These were the places you played when you came out here, and when you got to be too big you went to the [Nassau Veterans Memorial] Coliseum,” Epstein said. “That happened to us with U2, that happened with the Police. That’s just how it was.”

Epstein has spent the two decades-plus since My Father’s Place closed booking ’80s rock icons and reggae bands, all the while helping to maintain the now-digital alternative rock radio station WLIR.

In the early 2000s, former Nassau County Executive Tom Suozzi, then the mayor of Glen Cove, told Epstein he’d find him the funding for a new rock club as part of a waterfront initiative the city was planning if Epstein would move to Glen Cove.

Epstein, a longtime resident of the Village of Roslyn Harbor, agreed, but when Suozzi was elected county executive in November 2001, the deal fell through.

For the last two years, Epstein has promoted shows at Page One restaurant in Glen Cove and the Glen Cove Golf Club. The shows, he said, are much more intimate than in the old days of My Father’s Place, but it’s allowed the artists to take greater risks onstage.

“None of these acts have played solo before, so it’s exciting,” Epstein said. “To play alone, you really have to stretch out and find yourself up there. And people love it. It’s like dinner theater for them.”

Epstein’s specialty these days is booking bands from the early 1980s new-wave era, acts like APB, Naked Eyes and Pat DiNizio and the Smithereens.

On Sept. 11, Page One will host Midge Ure, who alongside Bob Geldof organized the Live Aid concert event in 1985 to raise funds to relieve the Ethiopian famine.

“Both of those guys are a bit before your time,” Epstein said, “but people like them and it’s a night out for them and it’ll be a great time.”