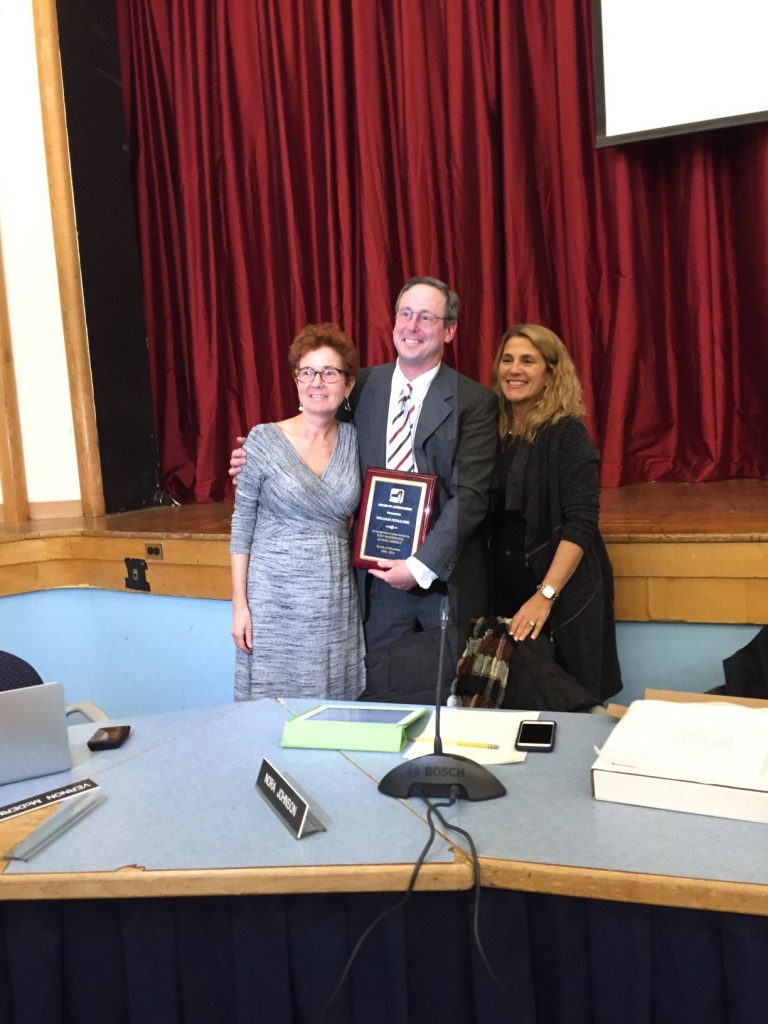 Hohauser is taking a position as a Nassau County Judge beginning Jan. 1, and resigned from his position as trustee to prevent any conflicts of interest.

“I have the opportunity to live out a dream I to have become a judge,” Hohauser said.

Board president Karen Sloan thanked Hohauser for his service and presented him with an award of appreciation plaque.

Sloan said the board will miss Hohauser, and appreciated “all [his] great work for the district.”

“It truly was a delight to interact with the board and discuss serious issues and come to a resolution with the board, to do this with your ever present smiles,” said Hohauser.

“I would really like to thank you Bill very much for your service the past six years, and your support of education for all students,” Steinberg said.

With a vacant seat, the board has the option to keep the position open, appoint a new trustee, or solicit nominations from the public. The replacement would take Hohauser’s place until the Board of Education’s next election in 2016.

Officials agreed to leave the seat open, suggested by Sloan, due to time constraints left in the school year.

Sloan said that by the time the board could find a replacement, appoint them, or go through an election, the school year will be close to its end.

Also at the meeting the Board approved a motion to authorize the district’s Medical Director to prescribe an emergency opioid overdose treatment.