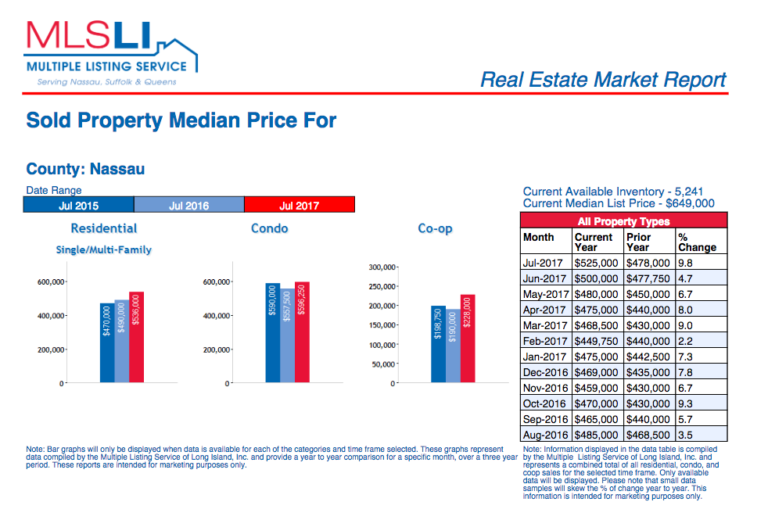 This also marks a $25,000 increase in median price from June, when prices hit the half million mark.

Overall home sales throughout the county this July, however, are down 4.8 percent compared to the same point in 2016. 1,203 properties were sold last month, versus 1,264 in the same period last year.

It is also a 95-unit decrease compared to overall sales in June.

This follows a trend of rising home prices and lower inventory across Long Island, MLSLI’s data from Nassau, Suffolk and Queens County and Brooklyn, suggests.