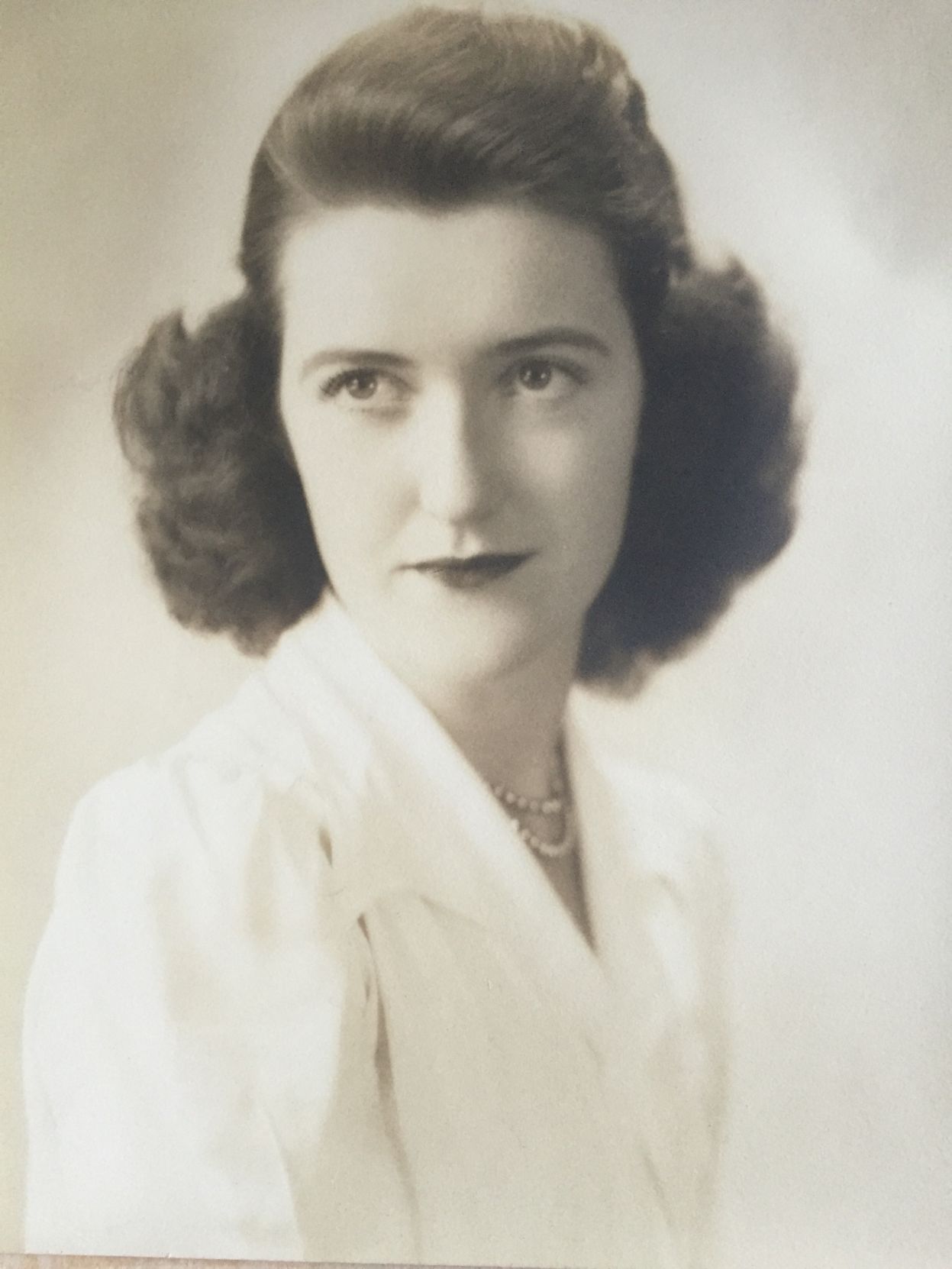 Nancy Meade, a nearly lifelong Great Neck resident and active member of the community, died on June 22. She was 99.
Meade, who was the wife of former state Supreme Court Justice and North Hempstead Town Supervisor Robert C. Meade, died of complications from a stroke, her son Robert C. Meade Jr. said.
“She was a very kind, generous, warm-hearted and friendly person, but she was not one to spend a great deal of time thinking about herself,” her son said. “She was more concerned about the needs of others.”
Nancy Meade grew up on an estate in Kings Point, where her father worked as a caretaker for the owners of the estate, Meade Jr. said.
The family lived in a cottage on the estate, her son said, until they moved to a house on Arrandale Avenue.
Meade attended grammar school at St. Aloysius Church in Great Neck and went on graduate from Great Neck North High School.
Meade Jr. said that because money was tight during the Great Depression, his mother decided to attend secretarial school rather than enroll in  college.
She married her husband in December 1944 at St. Aloysius Church, her son said.
The couple then moved into a home on Arrandale Avenue a few houses down from where Nancy lived before her marriage.
Her husband served as an attorney for the Town of North Hempstead and went on to be elected town supervisor in 1968.
Meade Jr. said his mother played a big role in his father’s political campaigns.
“She was a positive person and liked people and I think that translated very well in that context,” her son said. “My father always said she would’ve been better in that sort of activity than he because she was a warm and natural person.
“It was important for him to have the support she gave him then and during all the campaign events and governmental functions that they attended together.”
After her husband was elected as a state Supreme Court justice in 1971, Meade left the political scene because she “just didn’t have the time” due to raising children, her son said.
She used her time to serve both St. Aloysius Church, Meade Jr. said, and the Great Neck community.
Meade, who was raised Catholic, served as the church’s lector and sewed vestments.
She was a member of the Women’s Club of Great Neck for 50 years, said her son, and would have continued to be a member until the organization’s 100-year anniversary this year if not for poor health.
Meade also served as a board member for the Open Door Parent-Child Caring Center in Great Neck for nearly 25 years, where she raised funds for the organization, and she was a recording secretary for the Visiting Nurse Association for 41 years.
“It was just because she wanted to do some good in her spare time,” her son said. “As the kids got older and my father was no longer politically active, she had more time and this was a way to give back to the community.”
Meade Jr. said his mother was an outgoing person who could get along with everybody who crossed paths with her and wanted to offer the same chances to others that she was given during her life.
In addition to Robert Jr., Meade is survived by five other children, daughter Mary Jo Weinig and sons Brian, Philip, Stephen and Dennis; two siblings, Joan Gardner and Thomas King; and four grandchildren. Her husband died in 1996.
Her son said her funeral mass was held at St. Aloysius Church.