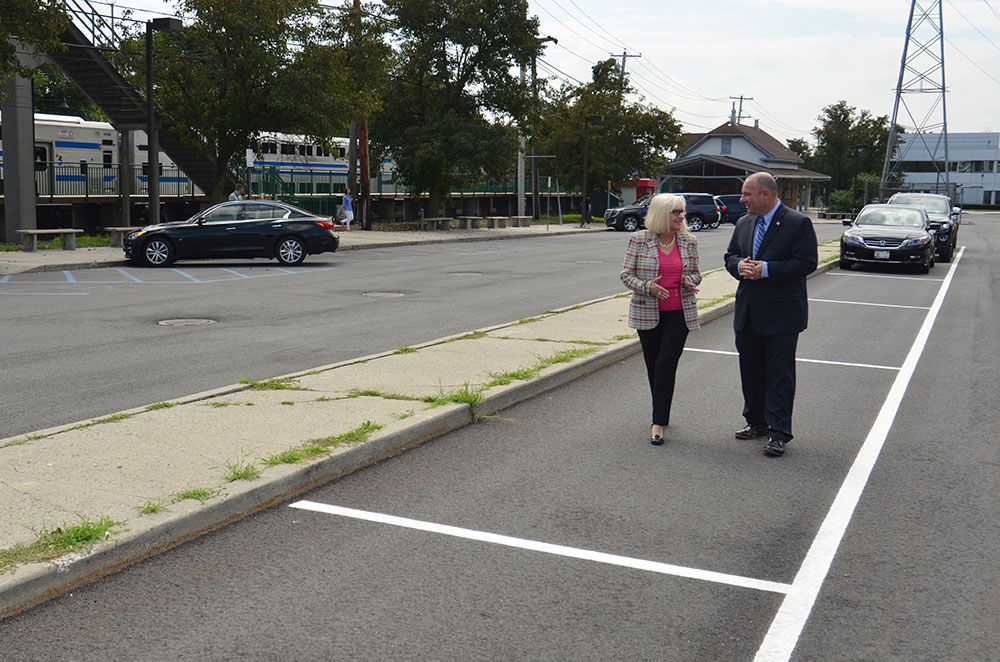 Twenty-five parking spaces have been added to the Long Island Rail Road station lot in Roslyn as a response to commuter complaints about a lack of available spots.

The North Hempstead-owned lot is primarily used by commuters taking the train to Manhattan for work, but lot users were reporting that about 20 spaces were being taken up by non-commuters, Councilman Peter Zuckerman said.

A number of new office buildings and businesses near the train station added to the congestion of drivers using the lot, according to a press release issued on Thursday.

As a fix, the town had the lot re-striped to create more spaces within the property, increasing the total number of spots to 263.

“We are hoping that the addition of 25 parking spaces will alleviate the lack of parking issue and will make our constituents daily commute a bit less stressful,” Zuckerman said.

The town began action in June by pursuing remedies to the limited parking availability, including the addition of spaces and the possibility of a regular fee restricting lot use for commuters.

Nearby train lots, such as the Manhasset and Port Washington stations, have a parking-permit system, which charges drivers to preserve its use as a commuter lot.

The Roslyn station currently doesn’t have a fee system and Zuckerman said he fears the added spaces will continue to be used by non-commuters if there is no restriction in place.

Depending on how the space increase goes, a survey on lot users may be conducted to determine how frequently they use the lot, and gauge opinion on a fee system, according to the release.

“Nothing has been finalized,” Zuckerman said in June. “We want to hear from the commuters. We don’t want to do anything the residents don’t want.”

Since the parking lot was acquired by North Hempstead in the 1980s, an agreement between LIRR and the state prevented regulation of the lot’s use.

But the clause states it can’t be regulated based on residency, not commuter status.

Other stations with a permit system have restricted hours during commute times, only allowing permit-holders to use the lot.

Outside of those hours, available spaces are open to everyone.

Officials are continuing to look at options that will relieve commuter parking issues in Roslyn.

“The town has also been in discussions with the LIRR to determine if any other changes can be made to the lot that would further increase the number of available spaces,” Town Supervisor Judi Bosworth said. “We are doing all that we can to alleviate the parking difficulties with some creative solutions.”