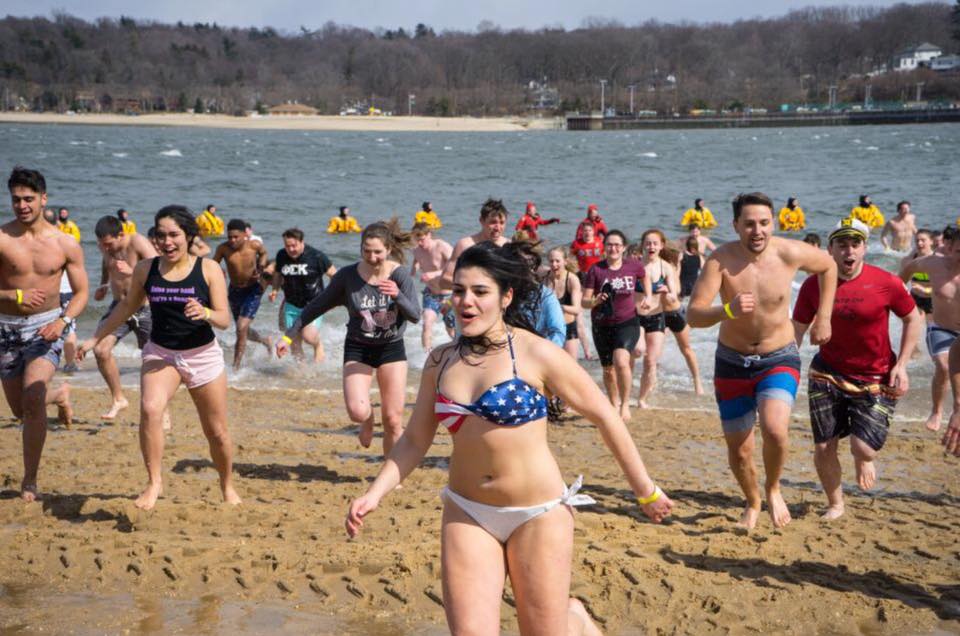 Long Islanders plunged, jumped and plopped into the freezing Hempstead Harbor on Sunday for the Town of North Hempstead’s 13th annual Polar Plunge.

More than 300 people came out to North Hempstead Beach Park in Port Washington, turning into polar bears for a day to helped raise more than $51,000 for the Special Olympics of New York.

“It’s an amazing event for a good cause and I love how many people have embraced it,” North Hempstead Town Supervisor Judi Bosworth said. “With hundreds of people participating this year and over $51,000 raised in support of Special Olympics New York, North Hempstead’s Polar Plunge was once again a major success.”

Erin Lipinsky raised the most money for the event as an individual plunger, bringing in more than $11,000, followed by Mitch Schwartz, who raised $3,535; Rachel Lefkof and Greyson Wolff, who raised $1,878; Sabrina Samet Namigohar, who raised $1,846; and James Lopilato, who  raised $1,135.

People who raised money but did not plunge watched from the “chicken coop,” wearing “Too chicken to plunge” shirts, which they purchased for $20.

The funds help provide year-round sports training and competitions for more than 65,000 children and adults with intellectual disabilities to participate in over 22 Olympic-style sports.

It costs $400 to support training and competition for one athlete for one sports season, a news release said.