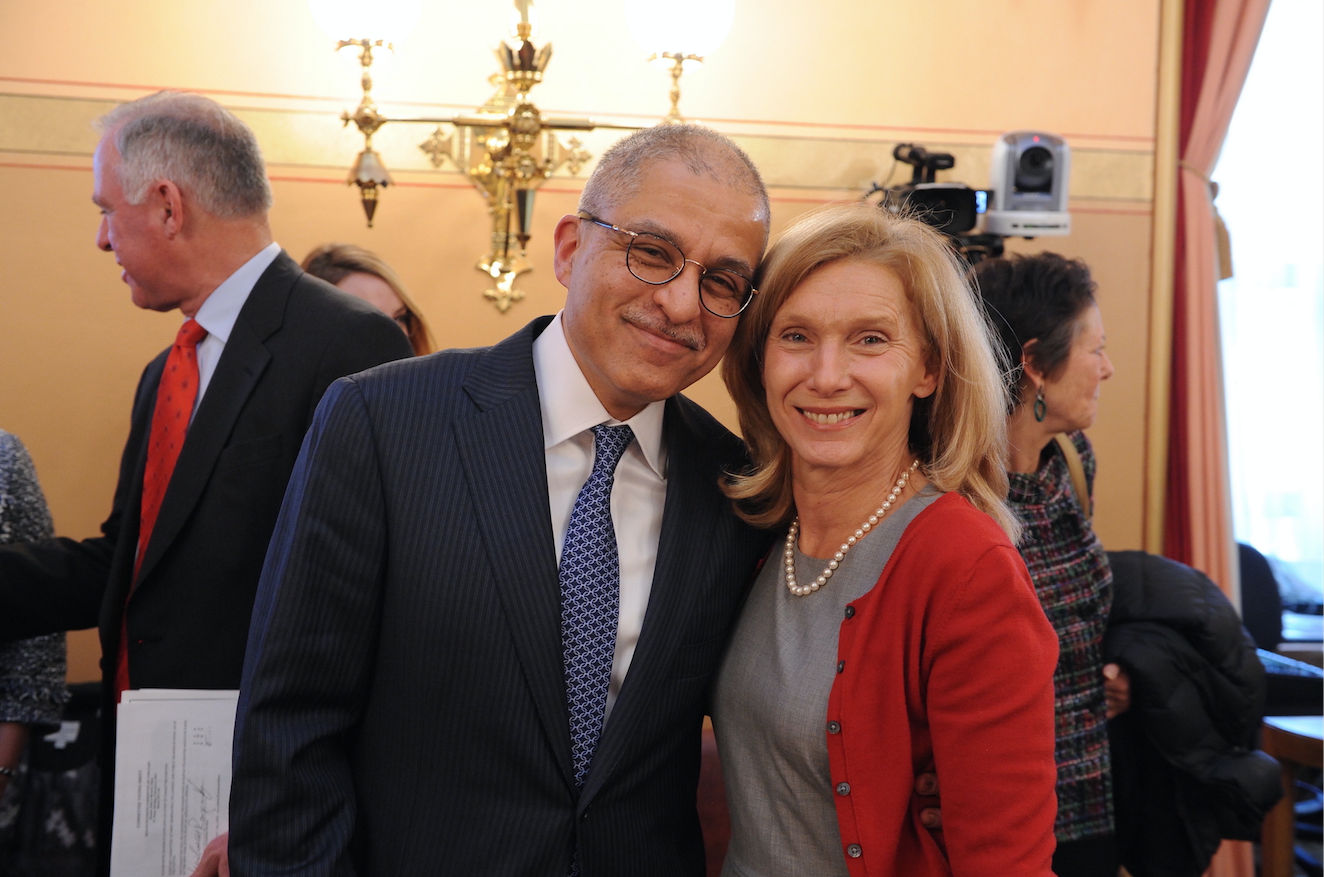 The state Senate on Monday approved Port Washington resident Rowan Wilson to sit on the Court of Appeals, the state’s highest court.

Wilson, 56, who was a litigation partner at New York City-based Cravath, Swaine & Moore for over 30 years, was nominated by Gov. Andrew Cuomo on Jan. 15 to replace Judge Eugene Pigott.

Pigott, a Republican, was appointed by Gov. George Pataki and stepped down on Dec. 31 after reaching age 70, the mandatory retirement age for the Court of Appeals.

Wilson, a Democrat, is the first Long Island resident to serve on the state Court of Appeals since Sol Wachtler, who served from 1985 to 1992. Wilson was confirmed without opposition.

“With Rowan Wilson’s confirmation as the next associate judge on the New York State Court of Appeals, New York gains another supremely qualified and accomplished leader to serve on our state’s highest court,” Cuomo said in a statement.

Attempts to reach Wilson were unavailing.

“I am both humbled and honored to be nominated,” Wilson said last month.

Wilson is Cuomo’s seventh nominee to the Court of Appeals.

After receiving a J.D. from Harvard Law School in 1984, Wilson worked in a two-year clerkship with Judge James R. Browning, chief judge of the U.S. Court of Appeals for the Ninth Circuit.

“Mr. Wilson is immensely qualified,” Phillips said. “Mr. Wilson is the first Long Islander to be on the state’s highest court in more than two decades, and bringing that perspective and voice is important to the court’s balance.”

Wilson has represented multinational financial service corporations, including Fortune 500 companies and other organizations “on high-profile issues throughout the United States and in a variety of venues including the United States Supreme Court and federal and state appellate and trials courts,” according to Cuomo’s statement.

Focusing on civil rights throughout his career, beginning in college as a member of the Civil Rights/Civil Liberties Law Review, Wilson has led his law firm’s pro bono work, advocating for the expansion of civil rights, according to his biography.

“Admired for his unassailable integrity, keen intellect and extensive experience handling some of the most pressing legal matters of our time, Judge Wilson is committed to the principles of justice and equality that are the very foundation of New York’s judicial system,” Cuomo said. “I thank Chairman [John] Bonacic, members of the Judiciary Committee, and the Senate for their due consideration of this nominee. I congratulate Judge Wilson on his confirmation, and look forward to his service on behalf of all New Yorkers.”