Home News Port Washington Board of Education trustee to resign after election as county... 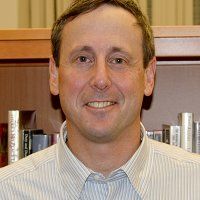 A practicing lawyer in New York City for 35 years, Port Washington Board of Education Trustee William Hohauser said it has been his lifelong dream to become a judge.

On Nov. 3, Hohauser was elected as a judge in Nassau County District Court’s Third District, turning his dream into a reality.

“Very few people get to live out a dream,” Hohauser said. “I’m very lucky to be one of them.”

As a result of his election, Hohauser said, he will be resigning from the board, effective Jan. 1, 2016.

Hohauser said potential conflicts of interest and time constraints would prevent him from fulfilling his obligations to both positions.

A member of the board for approximately six years, Hohauser has served as both board vice president and trustee.

He was originally appointed to the board when former Trustee Susan Sturman resigned.

During his time on the board, Hohauser said, he is proud of the ability of the members of the board “to reach a consensus on the majority of issues.”

“We’ve been able to work very well together as a board while I’ve been there [even though] we had our different opinions,” he said.

Hohauser said he heard about the opening for the judge position after a former Third District Judge, Sharon Gianelli, was appointed to the state Supreme Court.

Receiving endorsements from a number of parties, including the Democratic party, the Green party, the Working Families party, the Independence party, and the Women’s Equality party, Hohauser defeated incumbent Judge Frank Doddato.

When he was a teenager, Hohauser said, he used to go to court with his uncle, who was also a district court judge.

“When I say this is a lifelong dream, I’m not kidding,” he said.

Hohauser said he will serve a six-year term as district court judge.

The Port Washington School District has not yet selected a replacement for Hohauser.

“Between now and Jan. 1, the [b]oard will be discussing options for the seat vacated by Mr. Hohauser and will continue to keep the community informed,” a release from the school district said.

Board President Karen Sloan said she and her fellow board members wish Hohauser well in his position.

“We thank him for his six years of service to the Board of Education and for his dedication to the students of Port Washington,” she said.

Despite being excited to move on to his new position, Hohauser said he truly will miss being a member of the board.

“I’ve enjoyed every minute that I was able to serve my community,” he said. “It was an incredible honor and privilege to do so. I was so proud to be among the hundreds of other Port Washington residents who selflessly gave up their time to their community.”