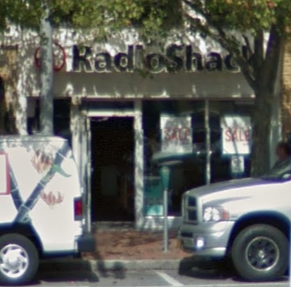 Great Neck Plaza’s Radio Shack store will close at the end of the month, adding it to the list of thousands of other locations across the country the electronics retailer has closed.
A manager at the store, located at 21 North Station Plaza, who identified himself as “Mark,” confirmed that the store will be closing by the end of August.
The manager declined further comment and said Radio Shack’s corporate legal department should be contacted for more information.
Calls to Radio Shack’s media relations and law department went unreturned.
After filing for Chapter 11 bankruptcy in February 2015, Radio Shack closed 1,784 of its stores across the country last year.
The retail chain has closed more of its stores nationwide this year, although there is no  data available on how many.
Jay Corn, vice president of the Great Neck Plaza Business Improvement District, said it was “unfortunate” to see another retail store leave the peninsula.
“I think a lot of it has to do with things that are out of our control,” Corn said. “Apparently their business plan is just not working anymore.”
He said that, in reference to a Great Neck News article that found that about 13 percent of storefronts in the Great Neck business district are vacant, it was also disappointing that the store will be closing “at this point in time when we need every business we have.”
Residents from the peninsula will now have to go to the Radio Shack location in the Lake Success Shopping Center in New Hyde Park for electronic device needs.
Corn said Radio Shack was a destination store for the peninsula, which brought in people from the surrounding communities.
“I’m sorry to see any business leave Great Neck Plaza at any time,” he said. “This is unfortunate because Radio Shack is not in every town.”
Corn said he was unsure of what type of business could use the storefront, but noted that the number of retailers seeking to open stores has decreased, making it more difficult for landlords to find tenants.
“Landlords are in a very difficult position of not being as selective as they would’ve liked to be in the past,” he said.
School district taxes, Corn said, are “exceptionally high,” which makes renting out a storefront less affordable for prospective retailers.
Voters approved a proposed $218,927,365 budget for the 2016-17 school year in May.
The budget calls for just over $196 million of it to be collected in taxes, which Corn said affects commercial properties on the peninsula.
“That filters down to commercial properties which pay a higher rate,” he said. “It has an impact because the cost of doing business in Great Neck is going up.”