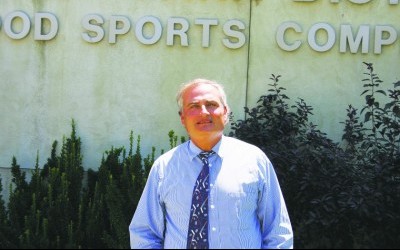 Since his first day on the job in 1972, Peter Renick has worked in nine different positions as an employee of the Great Neck Park District.

From beginning his tenure three decades ago as a skating instructor at what is now known as the Andrew Stergiopoulis Ice Rink to serving as the park district’s assistant superintendent for the past 12 years, Renick said last week he has nearly seen it all in regards to the peninsula’s parks.

“Basically over that time,” he said, “I have done every job in the park district.”

Now, Renick can slash one last job opportunity off his list.

“I have worked for the park district since 1972,” Renick said. “I grew up in Great Neck. My father was a captain at the United States Merchant Marine Academy, so I grew up one house away from the park. I used all (of Great Neck’s) parks. That’s why I love the parks.”

A graduate of Great Neck North High School, Renick said he even met his wife, Susan, at the Andrew Stergiopoulis Ice Skating Rink, which is housed in the Parkwood Sports Complex.

“It’s an important thing for me, the park district,” Renick said.

“We are all upset because we all liked Lenny,” Renick said of Celluro’s resignation. “He did some great things and I enjoyed working for him. The board is still trying to figure out, because it’s so sudden, what they would like to do.”

“We are in the process of getting a new superintendent,” Nachmanoff said. “Meanwhile, Peter Renick, who’s been here for 30 years and is probably more knowledgeable than anybody else about our park district, is the interim superintendent.”

In an administrative capacity, Renick has served as director of the hockey program, the supervisor of the park district’s summer performing arts program and its recreation department.

During the past 12 years as assistant superintendent, Renick has served under superintendents Richard Arenella, Neil Marrin and Celluro.

“I’ve been happy where I am, but I’m willing to help out the board anyway I can through this time,” Renick said.

But removing the “interim” tag from Renick’s current title may not be part of his plan for the future of the park district’s leadership structure.

“I have turned it down in the past,” he said of the superintendent position. “I don’t know if I’m interested in it. I’m trying to help out in any way I can. I’m a worker. I like doing what I do.”

As assistant superintendent, Renick said he helps oversee the daily operation of the park district, which includes the management of its full-time and part-time staff.

“It’s great because I do love the park district,” he said. “We have three great commissioners. We have an incredible staff. We have amazing parks and facilities.”

Renick said he has also been instrumental in helping facilitate many of the park district’s special building projects during his time as assistant superintendent.

“Pretty much I’ve had a hand in designing a lot of the playgrounds in the park district, with exception of the play garden, which was headed up by (Commissioner Ruth) Tamarin.”

The development of the park district’s facilities over the past 30 years has provided Renick with what he described as a major source of pride.

“Our residents really should be proud of them,” he said. “The main thing we like is we like working for the residents. We like keeping them happy and always striving to be the best.”

Renick said he will continue to display that attitude as long as he is working with Great Neck’s parks.

“This all happened a little less than two weeks ago,” Renick said last Thursday of Celluro’s resignation. “We don’t know what (the commissioners are) going to do yet.”

There is no time table currently in place to name Celluro’s permanent replacement as superintendent.

“It just happened at the busiest time of the year where we had to open up the pool, we had the Memorial Day parade, we had the dedication of the new war memorial,” Renick said.

“Right now,” he added, “I think the board and I just want to get through the summer.”