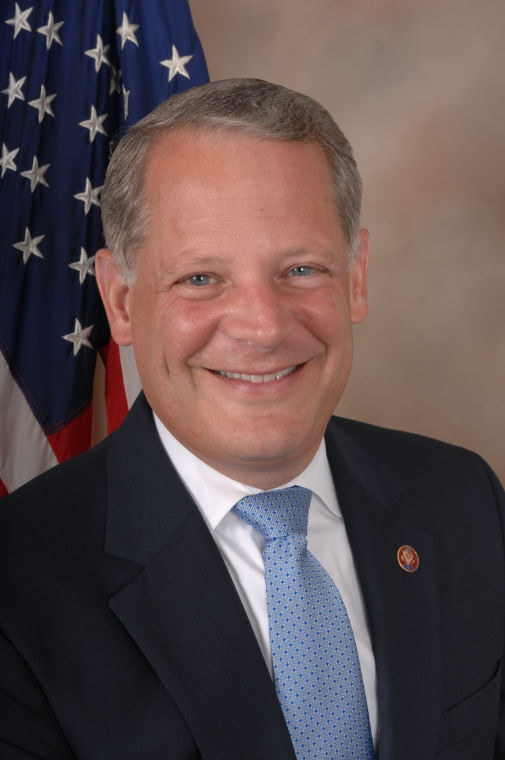 For Rep. Steve Israel (D-Huntington), the Nazi persecution of German Jews was more than the project of party ideologues and fascist criminals – it was endorsed and promoted by the state’s legal establishment.

Israel delivered a speech on the legal trappings of Nazi oppression on the 75th anniversary of Kristallnacht, the 1938 pogrom that saw more than 1,000 synagogues burned, thousands of Jews arrested and dozens killed.

Speaking at an event hosted by the Holocaust Memorial and Tolerance Center of Nassau County in Glen Cove, Israel described a legal system that promoted genocide and said citizens in the present day should also be concerned about the twisting of laws for oppressive ends.

“It was organized,” Israel said. “The Nazis were fastidious about using the law to advance their aims.”

Israel grew interested years ago about the justice system in Nazi Germany, he said, and in his research found that the common perception of lawless Nazi thuggery was unfounded. Rather, Israel said, Germany’s lawyers, judges and local government actively contributed to the persecution of Jews and other ethnic, political and sexual minorities.

“The law was used, was formulated to perpetrate this genocide,” Israel said.

The congressman cited numerous laws and policies enacted shortly after Adolf Hitler took power in 1933, from increased controls over political activity and the suspension of the Weimar constitution to local laws prohibiting Jews from using public facilities and practicing law.

Israel also said the legal establishment in Germany, rather than being unwilling participants, worked to exclude Jews from its ranks, with the country’s bar association jumping out ahead of national legislation to force Jews out of courtrooms.

German judges, Israel said, also went beyond the text of Nazi law by pronouncing death sentences based on flimsy evidence and petty crimes, setting precedents that would govern Nazi jurisprudence until Hitler’s fall in 1945.

“Law professors were the ones who passionately formulated the legal theories that became the basis of lethal verdicts by judges,” he said.

And the abuse of the law was not purely a Nazi pursuit. Israel cited the influence of American eugenics policies, including forced sterilization, on Nazi thinking.

While emphasizing that current civil liberties debates in the United States were not comparable to the abuses of Nazi Germany, Israel also said the lessons of Germany’s fall into dictatorship should make citizens wary of legal systems that are not accountable and do not have checks and balances.

He cited the secret Foreign Intelligence Surveillance Courts that have jurisdiction over the National Security Agency’s controversial spying programs, and endorsed greater transparency including the publishing of until-now classified court decisions.

“There is a fundamental difference between law and justice,” Israel said.