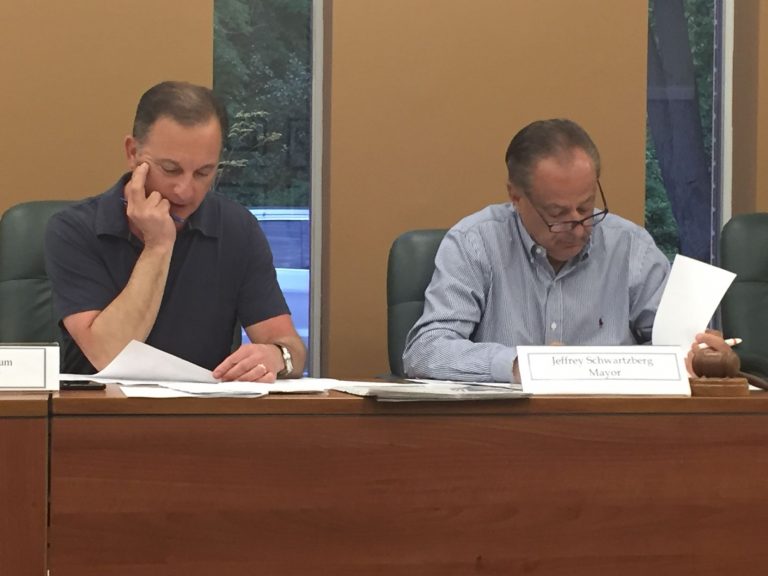 The Village of Roslyn Estates trustees moved on Monday to install a number of traffic signs to decrease through traffic in the village.

The measures are intended to tackle the problem of cars speeding through the village, which was raised by a  resident during the meeting.

Signs prohibiting right hand turns from 4 p.m. to 6 p.m. on weekdays will be placed on the Locusts southbound at the Oaks and the Birches.

This measure will prevent drivers cutting through the village during rush hour from heading west, said Mayor Jeffrey Schwartzberg.

Also to lessen through traffic, a sign prohibiting left turns from 7 a.m. to 9 a.m. on weekdays will be placed on Diana’s Trail eastbound at South Branch.

In addition, the board began a discussion  on ways to make the Loch, near the lake, safer.

Another safety concern discussed during Monday’s meeting was the hazardous state of the sidewalks on Mineola Avenue due to fallen branches and  trees uprooting the sidewalk.

“It is impossible for anyone to walk there,” said Schwartzberg.

The mayor also announced the long-awaited opening of Barto Restaurant in Roslyn Estates. According to the mayor, Barto began serving dinner on Tuesday evening and started serving lunch on Wednesday.

The next public board meeting is scheduled for July 11 at 7:30 p.m.