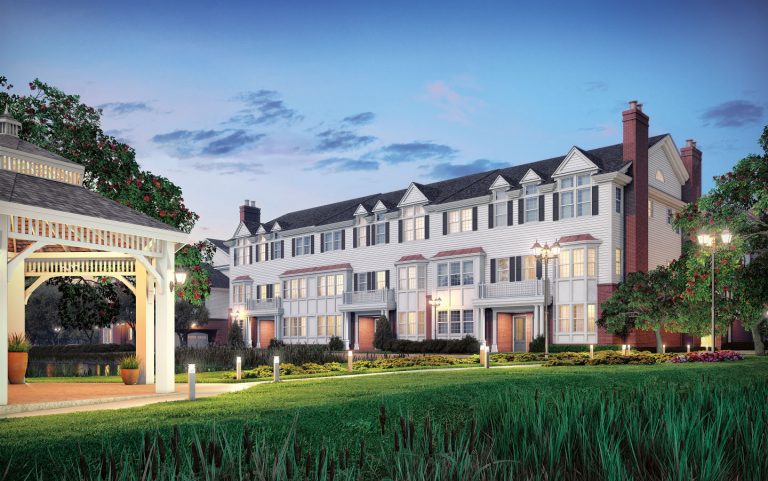 One of the principals behind Roslyn Landing said last week it may have taken 11 years to open the new luxury development in the Village of Roslyn, but it was well worth the wait.

“It’s in the heart of the village,” said Jason Behfarin, the founding principal of G4, the private equity firm which funded the property’s development. “And there isn’t anything out there like this where you can walk from your house into town.”

“Besides the amenities that the village of Roslyn already provides,” he said. “We are sort of following the urban theme of the village.”

The development, which was completed in 2015, has a waterfront promenade, village green space, two ponds and access to the village dog run.

Additionally, each home is equipped with a private elevator.

The property, developed by The Ranches, a North Shore-based property company was the site of controversy 11 years ago when residents rejected Stop & Shop from building its new store for traffic reasons, Roslyn village clerk Anita Frangella said.

“It’s been 11 years since this project has been going on and it’s now finally opening up,” Behfarin said.

Behfrain said G4 got involved with the financing of the development in July 2013.

“We currently have 10 units that have been released. The offering plan has been approved and it’s been quite busy,” Behfrain said