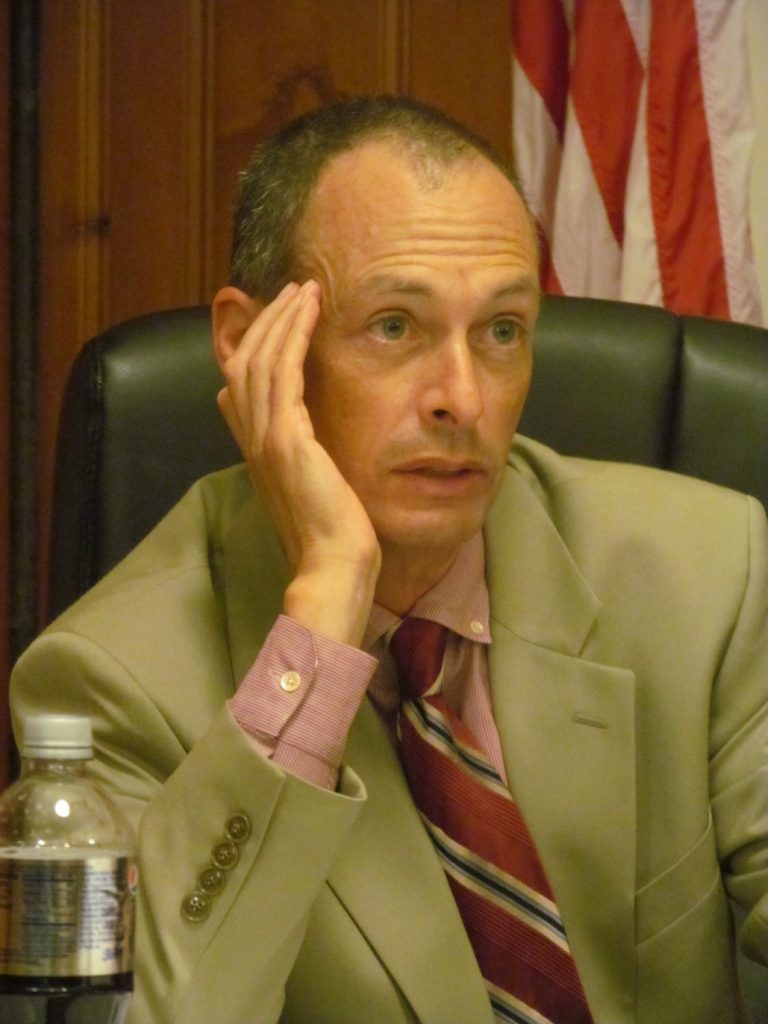 Village of East Williston officials said Monday they will proceed with plans to demolish a house at 8 Sumter Ave. despite information received by village attorney Jeffrey Blinkoff this week that a deal to sell the property is in the works.

“The demolition is still going full steam ahead,” Blinkoff said at Monday night’s village board meeting. “Until the village’s concerns have been addressed, we’re going to proceed with demolishing the house.”

He said both attorneys said there was a contract of sale in place for the property with the Muzio’s attorney indicating that a closing would take place in a few weeks. The buyer’s attorney, Blinkoff said, told him the buyer was willing to close within days.

“The buyer’s attorney is very anxious to get this done,” Blinkoff said.

He also said an auction of the property scheduled for Tuesday as part of a foreclosure action had been canceled.

Village of East Williston Mayor David Tanner said the village board intended to raze the house as soon as possible, notwithstanding the possible property sale.

“We’re moving as quickly as we can. We want to see the property demolished,” Tanner said. “We’ve been down this road before.”

The Muzios have repeatedly said they had a deal in place to sell the property in recent months.

“I have a contract and it will be closed,” Theresa Muzio said on Tuesday, adding, “There’s no need to take the house down.”

Muzio declined to identify the attorney representing her and her husband in the sale.

Blinkoff said he recently received a copy of a signed order from Nassau Supreme Court Judge James McCormack giving the village permission to raze the house.

The order, which Blinkoff said he drafted for the judge’s signature, affirms a ruling McCormack issued in a June 9 hearing to permit the village to demolish the Sumter Avenue house. At the time, McCormack gave the house’s owners, John and Theresa Muzio, 45 days until July 28 to remove their personal belongings from the house.

At Monday’s meeting Blinkoff said the village will need to obtain permits from the county to disconnect utility lines to the house before demolishing it.

The East Williston village board approved a bid last October of $28,500 from East Williston-based J Galvin Construction to demolish the house.

The house has been a source of recurrent complaints from residents for several years over health, safety and aesthetic concerns, including the presence of raccoons living in the home.

McCormack said at the June 9 hearing that Dean Koutsoubis, an engineer retained by the village board, found that the property’s condition “had deteriorated since his inspection in 2010” when the village first began its legal battle with the Muzios over the house.

On Tuesday, Theresa Muzio said she had still not received a copy of the engineer’s inspection report. She also questioned the amount of money she and her husband owe on the property.

“I owe no money to the village that I’m aware of except for taxes,” Muzio said.

At an October village board meeting, village Treasurer Michael Delury said Muzio owed the village $36,724 including $20,459.53 in unpaid village taxes and water service fees, $10,860 in engineering fees from various surveys over the last several years to determine the structure’s viability, $3,285 to maintain the property and remove raccoons that had inhabited the property and $2,119.77 in legal fees.

At the time, Blinkoff said there are also liens against the property of $279,440 resulting from a judgment obtained by a private party and a tax lien of $14,000 owed to another municipality.

Blinkoff had previously secured a court order granting the village the right to refurbish or destroy the house.

The Calleos dropped plans to purchase the home after failing to get a variance from the village planning board to subdivide the property to allow two houses to be built on the property.

Luigi Calleo has said in recent months he and his brother were hoped to purchase the property to construct a single house on it, but said his company had been unable to strike a deal with the Muzios.

On Tuesday, Theresa Muzio said the buyer in contract to purchase the property is not a developer.