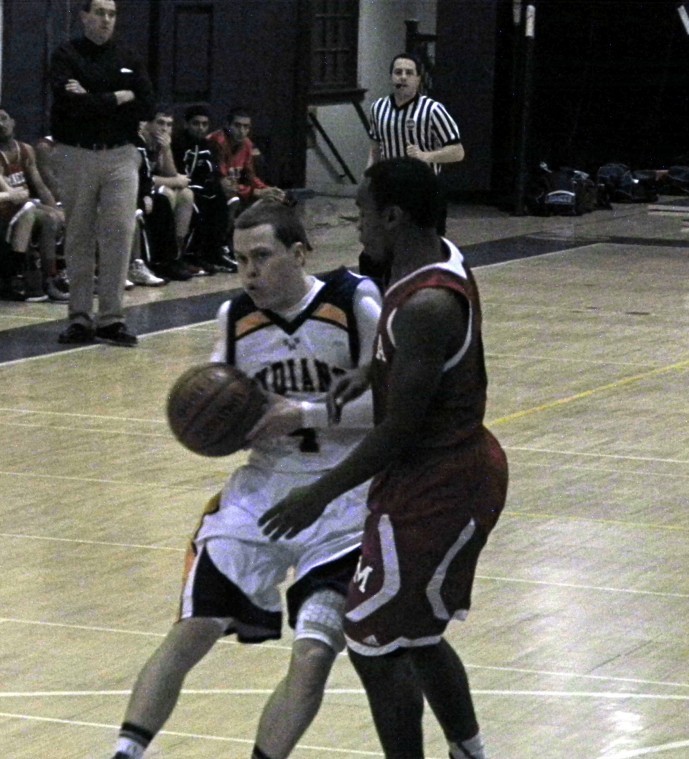 Both teams started out playing strong zone defenses, preventing either team from scoring until halfway through the first quarter.

When Mineola tied the game 8-8 early in the second quarter, the Sewanaka offense began to click and opened up a nine-point lead.

Mineola hit a 3-pointer right before the halftime buzzer and halftime ended at 19-13.

Taking control in the second half, the Indian’s strong defense forced the Mustangs to take outside shots, which they struggled to hit throughout the game as the Indians’ lead grew to 14 points.

“We didn’t come ready to play tonight,” Mineola Mustangs head coach Jim Hegmann said.  “We need to work on our offense…shooting with a purpose.”

The Mustangs rallied and closed to within seven points in the final two minutes of the game. But the Mustangs’ Javryl Chin and Dominic Roberse hit back-to-back baskets, opening up their team’s lead to 11 points.

In the second half, we had defensive pressure on them,” Indians head coach Jay Allen said. “That got us into the game…even though we struggled in the first half, we had timely shots.”

Bobby Rogers scored 15 points for the Mustangs, followed by Malcom Brown with 14 and Justin Oomen with 12, including two 3-pointers.