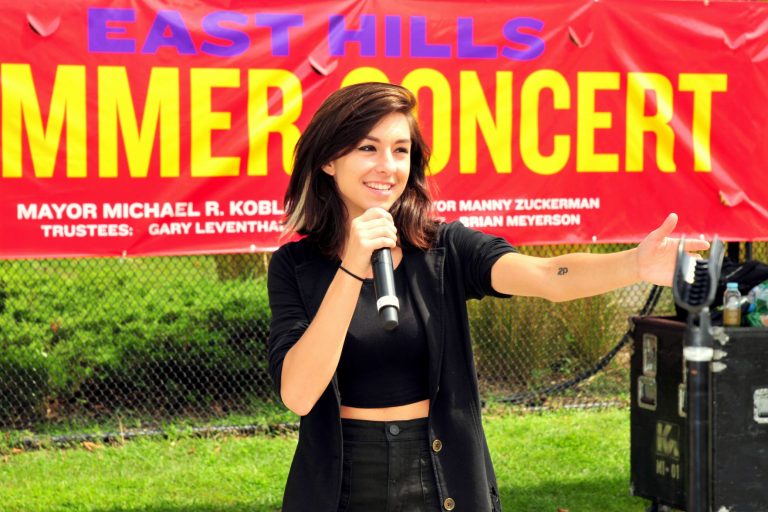 Christina Grimmie, a pop singer who rose to fame on season 6 of “The Voice,” was shot outside her concert in Orlando on Friday. Grimmie’s brother, Marcus, tackled the shooter, Kevin James Loibl, who then shot himself.

Grimmie first became known as a popular singer on YouTube, and in 2014, she was picked to join Adam Levine’s team on the reality competition, “The Voice.” She finished third in her season and landed a record deal with Island Records.

Grimmie performed at the Village of East Hills’ Labor Day concert, held at the East Hills Village Park, on Aug. 31, 2014, along with “The Voice” season 5 contestant, Matthew Schuler.

According to Mayor Michael Koblenz, Grimmie signed autographs and took pictures with fans after the concert.

“When her job was done, she hung out with everyone as opposed to doing her thing and leaving,” Koblenz said. “She was a people person.”

Village Attorney Bill Burton remembered her being a pleasure to work with and being very fan-oriented. She stayed until every fan got a chance to meet her and received her autograph, said Burton.

“She was a truly a superstar with a personality as big as her voice,” Burton added. “We are all very sad that such a lovely person was taken from us.”