Home News Street fair a chance for village to shine 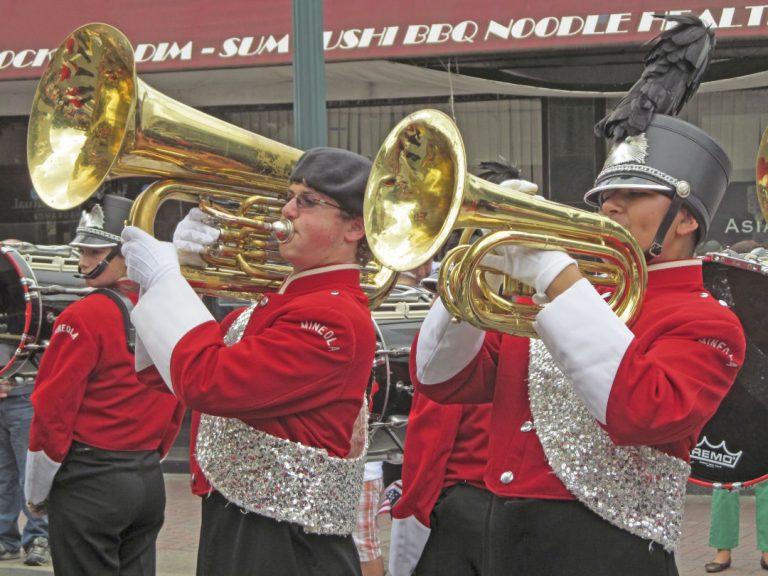 The Mineola Street Fair to be held this Sunday, Sept. 14, is expected by its organizers to build on the fair’s success of the past three years as a festival staged in the village’s downtown to build the profile of local businesses.

“Our goal is to promote business in Mineola. We feel the whole area downtown is in the midst of revitalization,” said Tony Lubrano, Mineola Chamber of Commerce vice president and street fair co-chair.

The footprint of this year’s fair will be the same as last year, running from Harrison Avenue south to the base of the bridge over the Long Island Rail Road tracks on Mineola Boulevard; along First and Second Streets between Mineola Boulevard and Main Street and along Main Street from the Mineola Post Office to the railroad tracks.

“Most of the people in the footprint of the fair are in,” said Lubrano, who owns Piccolo Bussola Restaurant.

That includes new Mineola Boulevard restaurants Spaghettini Pizza Trattoria and Nick’s Tuscan Gill along with Vinoco, Asian Fusion and Eleanor Rigby’s. Those restaurants will be setting up outside tables and chairs at their respective locations along Mineola Boulevard, Lubrano said. The new Precision Urgent Care medical treatment center, located at 210 Old Country Road, will also participate with a booth on Second Street.

The local business, Lubrano said, will be joined at the fair by approximately 100 outside vendors, as it did last year. The final roster of vendors remains to be determined, he said, since he said there is always a last minute rush of vendors signing up .

Mineola Chamber  vice president Steve Ford, who is co-chair of the event, said this year’s Mineola fair will benefit from the upcoming Oyster Bay Oyster Festival excluding vendors from that fair who live outside the Oyster Bay School District.

“We’ve gotten quite a few vendors who don’t live in the Oyster Bay School District who are signing up for our street fair,” Ford said.

A Revolutionary War reenactment group will be encamped near the intersection of Mineola Bouelvard and Second Street, with a bagpipe band that will participate in the opening ceremonies at 12:30 p.m.

Pastor Chet Easton of the First Presbyterian Church and American Legion veteran Norm Jardine will sing at opening ceremonies at the Showmobile stage at the intersection of Mineola Boulevard and First Street.

“The chamber has worked extremely hard on this,” Strauss said.

Strauss has volunteered to participate in a new wrinkle at this year’s fair: a “dunk tank” to be manned by members of the Mineola Junior Fire Department. Strauss joked that he expected there would be a long line of ball throwers looking to give him a dunking.

Children attending the fair will have a selection of free bounce rides to be set up along First Street.

The fair will also feature a roster of musicians and dancers providing entertainment at the Showmobile stage and a second stage at the intersection of Main and Second Streets.

“I have concentrated a lot of effort in inviting and auditioning local talent,” said Sheila Retaliata, the fair’s entertainment coordinator, who is a performing artist and chamber member.

The fair was relocated from Mineola Memorial Park to the downtown area four years ago and moved from a Saturday to a Sunday.

Lubrano said since the Mineola Chamber of Commerce successfully petitioned the Mineola village board to change the venue to downtown Mineola and switched to Sundays, it’s been increasingly easier to draw local businesses into participating.

In addition to the local businesses participating in this year’s fair, Lubrano said Winthrop-University Hospital will be offering blood pressure screenings at a trailer in front of the new Wintrhop research center currently under construction at the intersection of Mineola Boulevard and Second Street. The Mineola Volunteer Ambulance Corps will set up a first aid station and recruitment booth.

The Mineola Historical Society and the Mineola Public Library will also have booths at the fair.

Lubrano said notification on whether the fair is on or off will be posted on the Village of Mineola web site at www.mineola-ny.gov.