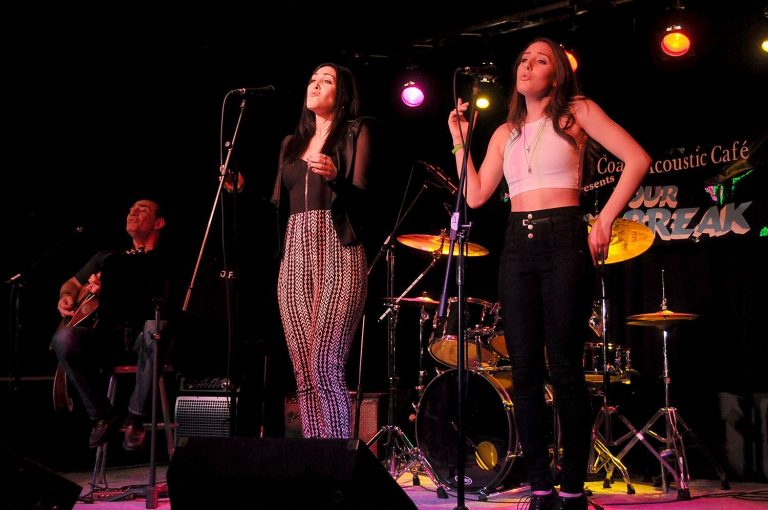 Three musicians and bands are one step closer to getting their “break” and being crowned Long Island’s next big thing.

The Gold Coast Arts Center and Love Revolution Org. held the semifinal round of the 4th annual “Your Big Break” competition Saturday, which is a contest for local musicians and bands to earn their opportunity to win studio time, media exposure, equipment and more.

“The three finalists are all very exceptional and very talented,” said Stephen Marcuccio, who co-produced the competition with Gold Coast Arts Center publicist Rick Eberle. “It’s amazing how the cream of the crop rises to the top.”

Matt Grabowski, The Frankel Sisters and Jaclyn Manfredi were selected by five judges to move on the Apr. 2 final round of the competition.

The judges for the competition include Neil Rubenstein, the manager of The Emporium venue in Patchogue, Chris Pati of IndiMusic TV, Lou Plaia from Reverbnation.com, Guy Brogna from All Music Inc., and Jerry Lembo, a music industry consultant who has worked with Grammy-award winners.

“The Frankel Sisters harmony is so beautiful that only siblings can have those harmonies,” he said. “In the music business we always look for the brothers and sisters because you know they will have great harmonies.”

Marcuccio also said Manfredi was a “rising star” with a “soulful voice.”

The three finalists will compete on April 2 to win the competition, which offers a grand prize for the winner and consolation prizes for the two runners-up.

Prizes include the chance to open up for a national act at The Emporium, recording time at IndiMusic Studios, a feature on Reverbnation.com, musical equipment from All Music Inc. and ZOOM North America, PR and social media campaigns from Rick Eberle Agency, and more to be announced.

Marcuccio said any of the three finalists could win because of their talents.

“They are all promising in their own ways,” he said.