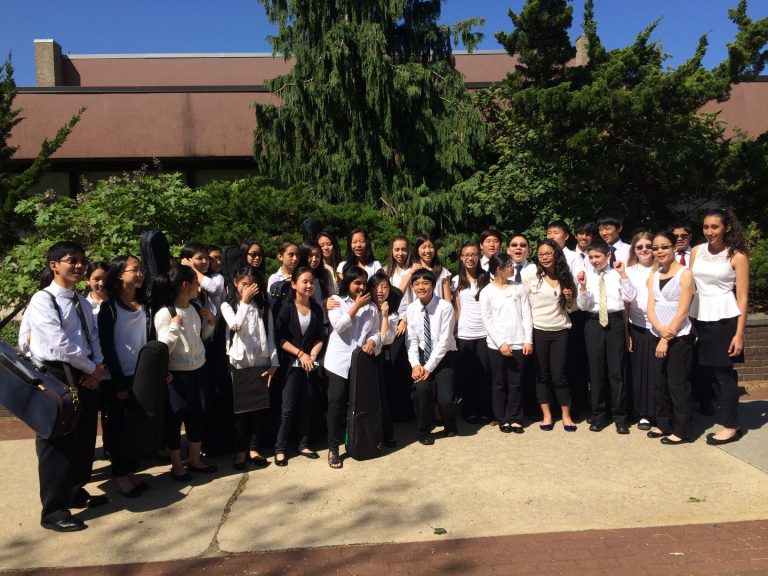 The Herricks Middle School Chamber Orchestra will be playing a special engagement on Oct. 28 as one of four musical ensembles selected to play at the 95th annual New York State School Board Association Convention and Expo at the Sheraton in Manhattan’s Times Square.

Weis said the orchestra will be playing in front of an audience of 800 people preceding a presentation at the convention from John Couch, vice president of education for Apple Computer.

The 40 to 45 students she said will be participating will be performing Aaron Copland’s “Hoe Down,” Beethoven’s “Egmont Orchestra” and a contemporary piece, “Fantasia Espanola” by Soon Hee Newbold.

Weis said the middle schoolers, who also perform in the school’s chamber orchestra, will be joined by 12 ninth graders who played on the CD the group submitted to the state School Board Association last spring in auditioning for the concert.

The group was notified of their selection for the event in July, she said.

The Beethoven piece, Weiss said, was included because it’s a particular favorite of the ninth graders, who first played the piece as sixth graders in the Middle School Chamber Orchestra.

“They loved it so much, they wanted to play it again,” she said. “They love the group and they love playing with me.”

Weiss said the Herricks Middle School Chamber Orchestra performs each year in the New York State School Music Association assessments at a level 5, the only middle school orchestra in the state that she said plays at that level. The highest NYSSMA level is level 6.

Weis said she started the chamber orchestra when she began teaching in the Herricks Middle School 25 years ago.

Several eighth grade members of the chamber orchestra said they were eagerly awaiting the opportunity to play at the Times Square event.

Violinist Daniel Louie said he is “a bit nervous and a bit excited.”

“If you make a mistake, it’s easier because you have a lot of people around you,” Kaitlyn said.

Cellist Raffaella Zanetti said she’s confident the chamber orchestra is up to the challenge of playing at the convention.

“We have a lot of good people in the orchestra. I think we’ll do alright,” he said,

The Oct. 28 performance is only the second one of its kind the middle school chamber group has played since its inception.

Seven years ago, she said, the group performed at the National Education Association Eastern Regional Convention.